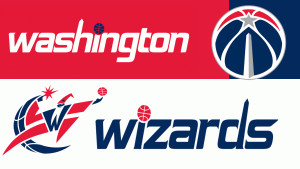 Bradley Beal scored 21 points and the Washington Wizards shot an insane 65.3 percent from the field in their blowout 119-90 victory over the tanking Philadelphia 76ers on Wednesday night.

Trying to earn home court advantage in the first round of the Eastern Conference playoffs for the first time in 36 years, Washington remained a game behind the fourth place Toronto Raptors.

For the losing side, Robert Covington scored a career high 27 points on an impressive 8 for 11 shooting for the Philadelphia Sixers, and veteran Jason Richardson added 17. The 76ers have lost seven straight games and are just waiting for the regular season to end.

John Wall had a career high 18 assists in Washington’s convincing 92-83 victory against the Memphis Grizzlies on Saturday night. Wall averaged 15 points, 12 assists and 4.3 rebounds in the Wizards’ first three matchups against the Sixers this season.

The star point guard wasn’t the only one out, Brazilian power forward Nene missed his third straight game. The Wizards didn’t miss them. The offense was on point with 53.3 percent shooting from 3 point range and scoring 54 points in the paint.

After the Sixers got close with a one handed slam that reduced the lead to 11 with 5:30 left in the third quarter, the Wizards hit three straight 3 pointers to increase the lead to 91-71. Washington led by 27 before resting their main players midway through the fourth quarter. 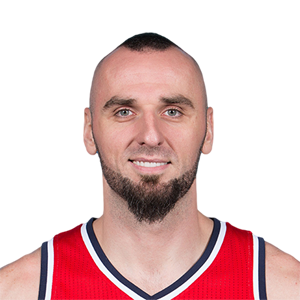 Washington had control since the start, and scored 35 points in each of the first two quarters. Not only that, they shot a whopping 72.2 percent in the first half to take a 70-54 lead. Gortat scored 12 points in the first quarter alone, including three straight baskets to give the Wizards a big 27-12 lead early.

The Washington Wizards improved to 45-33 while the Philadelphia Sixers dropped to 18-61.

– Veteran Paul Pierce returned to the lineup after missing three straight games. The former Celtics player had 10 points in 22 minutes of action.

– The Wizards have won 6 of the last 7 meetings against the Sixers.

– This is the first seven game losing streak for the Sixers since starting the season 0-17.

– Nerlens Noel suffered an ankle sprain in the fourth quarter and his status is unknown.

Wizards visit the Brooklyn Nets on Friday night and then play at home against the Atlanta Hawks on Sunday.

76ers visit the Chicago Bulls on Saturday night and then play at home against the Milwaukee Bucks at home.