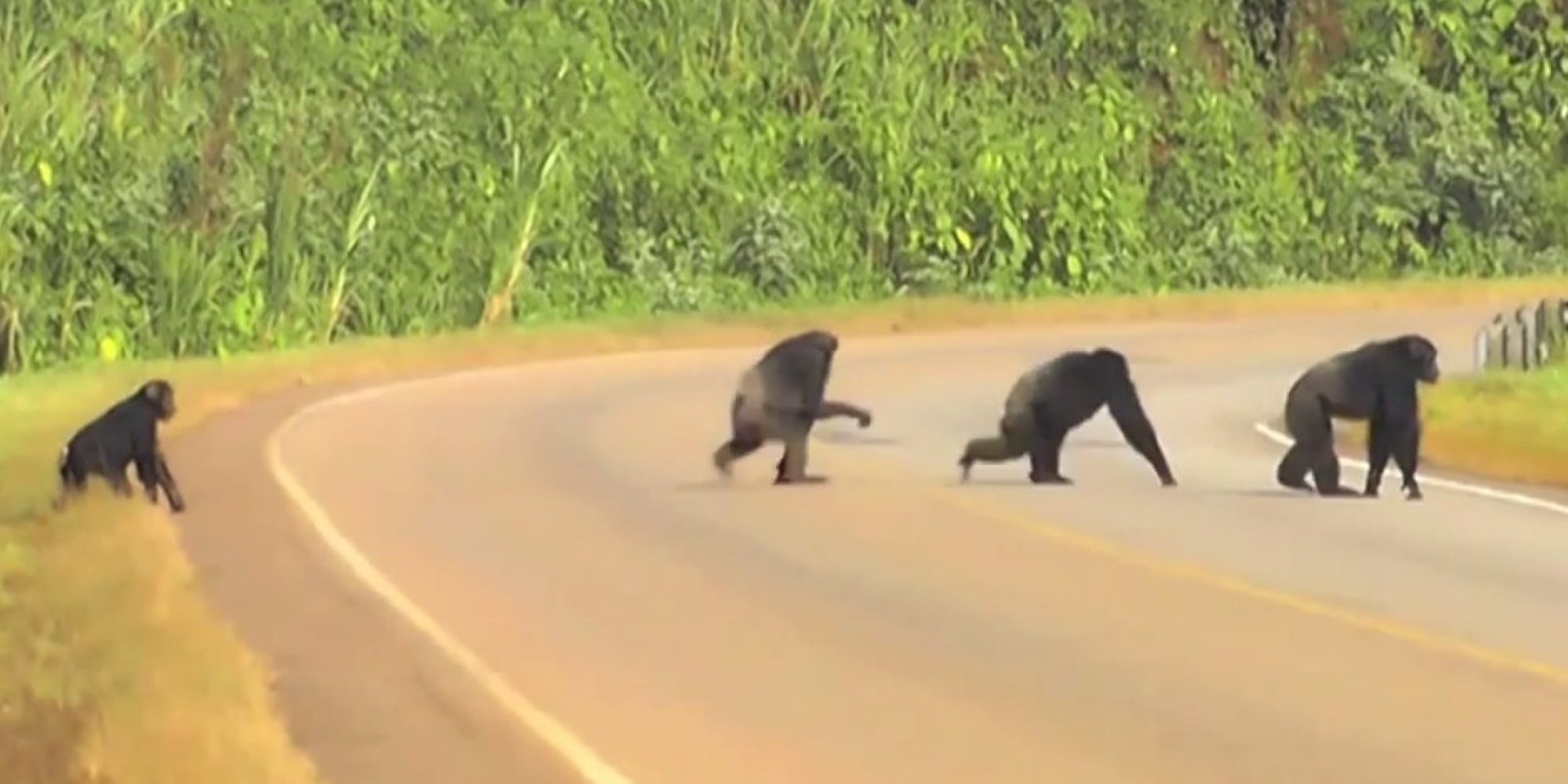 In a new study, which occurred during a 29-month long survey, researchers have observed that wild chimps are looking both ways before they cross the road. The study took place in Sebitoli, which is in the northern section of Kibale National Park in Uganda. The researchers ended up seeing 122 different chimps throughout the study cross the highway which was used by over 90 cars an hour. A lot of the cars on this stretch of the roadway go between 70 to 100 kilometers an hour. 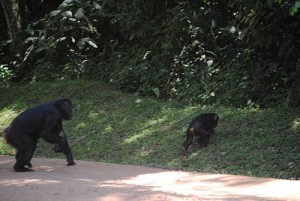 92 percent of the chimpanzees either looked left, right or both directions before crossing the road, and 57 percent of the chimps ran across quickly. This shows that not only are the chimps able to judge that cars come from both directions, but also that it is very important to get to the other side as quickly as possible, which is why they ran and not slowly walked across the road. This study is the first report on how chimps deal with roadways, specifically roadways where there is a lot of traffic all day long. There have been other reports on how chimps deal with various dangers of roadways, but the roads in other studies have been slow without much traffic, which meant that there was not as high of a danger to the chimps. This study however, used one of the busiest roads in Uganda, which upped the level of danger to the chimps, and allowed the researchers the ability to see just how chimps react to these types of dangers and how their behavior will change as a result.

The study also showed that the alpha males were the leaders of the roadway crossings, with them organizing about 83 percent of the crosses. Only 51 percent of the alpha males lead the charge when it comes to tree-climbing adventures, which was used as a comparison in this study. This means that the chimpanzee is also able to recognize that crossing the road is something you need to be extra careful about, and that explains why the alpha male was responsible for leading the way. The study also showed that 86 percent of the healthy chimps either looked back or stopped to wait on the chimps that were more vulnerable, such as the infant or injured chimps. This is also a lot like human behavior where we make sure the vulnerable are able to get across the street safely, and also stop or look back so that we are together as a group. There was also the fact that the chimps would split up into small subgroups while crossing the road, as opposed to earlier studies which showed the chimps in a line. This could have been due to the roads being busier, which means more traffic, and the chimps understanding not all of them could make the journey at the same time due to cars coming and going.

The researchers hope that by using the busy road and seeing how the chimps reacted, we can better understand and learn about these animals. Hopefully we can use what this study showed to further help chimps in the wild, especially with more roads being built in Africa, and busy roadways are becoming more common for the chimps to deal with. The researchers noted how the chimpanzees acted a lot like humans when crossing the roads, meaning they are mindful of looking both ways, while also seeming to respect the roadway as something that should not be played around with.

The researchers plan to use the information they gathered from this study to come up with a plan for Uganda, as far as safety measures they can put into place to help the chimps cross the road. Bridges, underpasses, and reducing the speed limits on the roads are on the table at this point, and will hopefully be put into place so that the chimps are able to cross the road without being hurt. There is a lot more roads and infrastructure being built in Africa these days, which means that the chimps, as well as other animals, are having to learn how to cope with their ever-changing scenery and environment. If Uganda and other parts of Africa can adapt certain mitigating measures, such as lower speed limits or speed bumps on the roads, they could help decrease the amount of collisions between cars and animals like chimpanzees. Most of all, the researchers just want to help the people of Uganda make the place safe for both the animals and people, which could also reduce the number of animal attacks that happen as a result of the chimpanzees and other animals feeling threatened by the increase in tourism and people.