‘Winning: The Racing Life of Paul Newman’ Doc Coming May 22 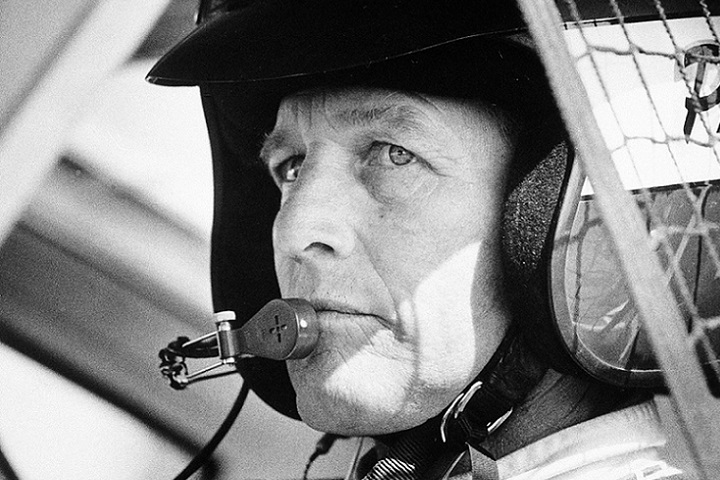 You might have heard of Adam Carolla before, whether as the former co-host of the long-running syndicated radio show Loveline, or as the funny guy from “The Man Show.” Carolla is more than just a comedian with the most downloaded podcast in the record books, he is an avid fan of racing, and even has won the Long Beach Grand Prix in both the pro and celebrity races. It is his fondness of racing that led him to find Paul Newman, a man who had a storied Hollywood acting career, but also a man who loved racing. In fact, Carolla loved the story behind Newman so much, he started buying the racing cars that Newman used in many different races throughout his 35-year car racing career.

The love of Newman and racing led Carolla to make a documentary about Newman’s life beyond the acting, and digs into the racing aspect of this iconic Hollywood icon. The movie, ‘Winning: The Racing Life of Paul Newman’ is set to hit theaters on May 22, along with being available on-demand via iTunes and other venues. The documentary features footage of Newman racing, along with stories and accounts from some of his closest friends. Robert Redford, Patrick Dempsey, Robert Wagner, archival footage of Tom Cruise, Joanna Woodward, and Jay Leno all come into the picture to talk about Newman. Cruise and Newman actually used to race together back in the day, which is something a lot of people don’t know about either guy. Carolla also uses footage of Newman himself, before he passed away, talking about his love of cars, and also shows a lot of footage of him while on the track. Racing icon Sam Posey also is in this documentary, he is the racing legend that also was able see Newman grow into one of the best racing drivers out on the track.

This documentary is not just for the car-enthusiasts, but it’s for anyone who loves Hollywood and the entertainment business, or just for people who are looking for a great hidden story about someone more commonly known now for his salad dressings. The Newman documentary tells a story about a guy who was often more excited to jump into the race car than go to work and film a movie. He felt like he had a passion for both, so he was torn on making racing his entire job, but it shows the conflict between loving two completely different types of work. Newman did not want to be remembered for his acting, but for his racing abilities, and he got himself all the way up to professional-level driving. What this film will show you more than anything is that Newman’s passion of racing was something he never let go of, it was something he wanted to do even with a full-time job, and it was something that he was so proud of.

If you aren’t a Carolla fan that is perfectly okay, because this documentary isn’t about him nor is he even in the documentary. This documentary solely focuses on Newman and his love for racing, a story that has not been told in such intricate and personal details from those who knew him best. For instance, when Wagner talks about the first time Newman got into a race car, which was during the filming of a movie, and how that impacted Newman from that moment on. Carolla’s ability to turn his love for Newman and his cars into a well-thought out and informative documentary will make this one of the best documentaries you will ever watch.