Clash of Clans is a simple game, but these few tricks and tips will help you gain an advantage over other players! 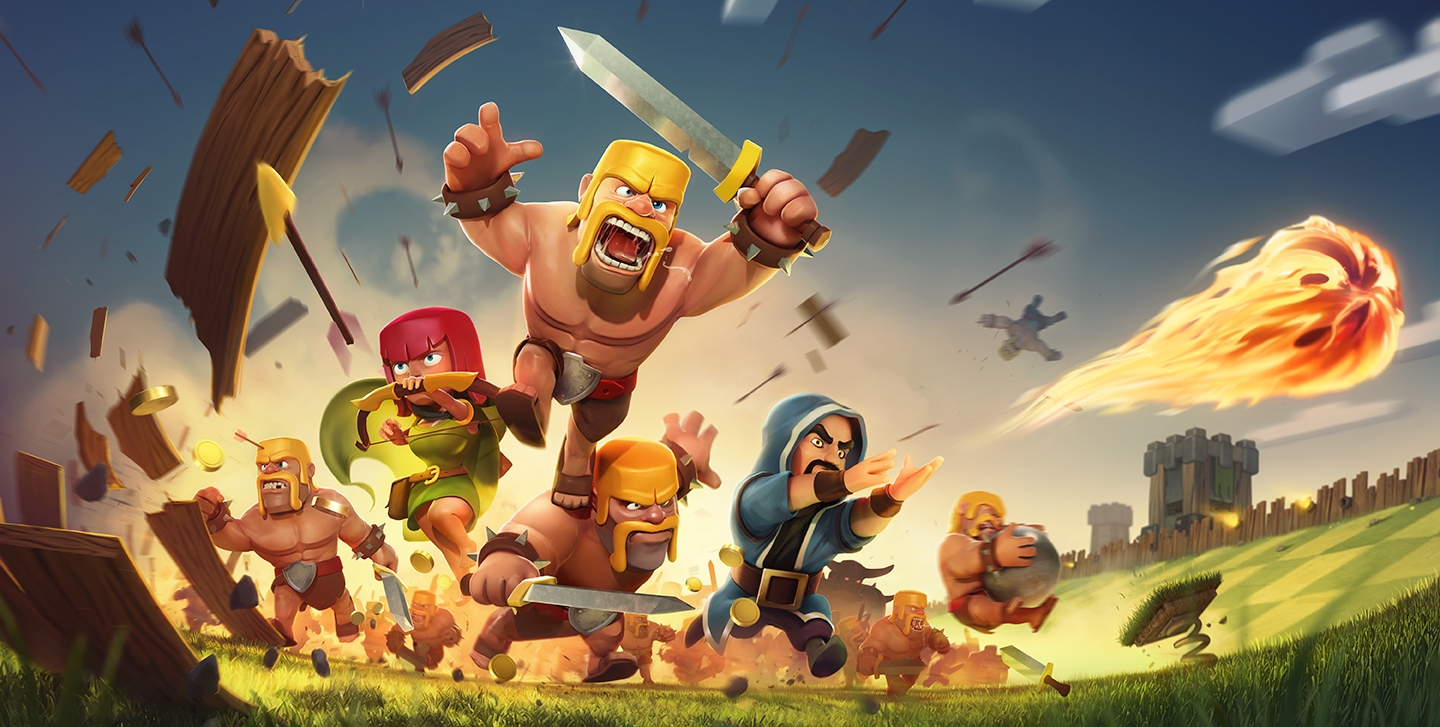 If you’ve never heard of Clash of Clans, you may be out of the loop. The mobile app developed by Supercell is a strategy based game based on raiding other players villages while fortifying your own. You use gold and elixir to upgrade troops and buildings, and gain trophies when you are successful with a raid. When raided, you lose some of your resources but your village is not permanently destroyed. You can play single player and fight against goblins, or team up with a clan to climb the trophy ladder.

Clash of Clans is considered a free-to-play, but once you progress through the game you begin to notice the timers become excruciatingly lengthy. However, saving your valuable gems whenever possible is the better choice to make. Whenever you are able to, complete missions flawlessly and get rid of those trees, shrubs, rocks, and bushes that are littered across your base. If you are new to the game, avoid spending the gems you receive from the tutorial. You could later use these to purchase another builder’s hut or take advantage of a resource boost (gold mine and elixir pump boosts). However, as you progress into a Clash of Clans Veteran, you may need to drop some money into the game.

One suggestion is to play a different Clash of Clan themed game, such as Boom Beach or Samurai Siege. Cycling through these games can make waiting for an upgrade to finish extremely quicker. Another way is finding a game hacking software (keep in mind that these do not always work and can result in a ban from Supercell).

There are two strategic playing styles a player can have in Clash of Clans; Offensive or Defensive.

If you’re looking to be more defense orientated, you should upgrade your walls, then your defensive structures when you reach a new town hall. Mortars and Air Defenses are the most important, so make sure you upgrade them and keep them close to the middle of your base. Next you should upgrade your gold mines and elixir pumps to the max level, and keep them outside of your walls. This entices the raider to take those resources and leave without touching your village at all.

The offense based strategy is to focus on troop and elixir production. Once you reach a new town hall upgrade your elixir storage and pumps, then your barracks and camps. Doing this will allow you to stockpile troops and elixir to continuously raid and gain trophies.

Ever come back to a raided village and loss trophies? Well, not all is lost! You do receive a shield if your village was 40% destroyed, and an extra 4 hours if it was 90% destroyed.

The best way to take advantage of this shield is to build, upgrade, and wait. Upgrade your offensive structures because they will not be able to attack while being leveled up. Waiting for your shield to run out is the perfect time to create troops and stockpile resources.

One tip is to leave your town hall in the open for trophy hunters. They will most likely destroy your town hall, giving you a free shield at the cost of a couple of trophies. This will also save your resources in the long run.

Note: Attacking in a Clan War does not take your shield away!

The main focus while developing a base is to create a distance between your resources and the outside. Be sure to have no open tiles inside of your base, and make your structures as close as possible. This will allow your offensive buildings to cover a large amount of space.

Placing your buildings in small walled-off areas will definitely make their time getting to the center difficult.

As stated before, put the most important structures in the middle (mortars, air defenses, bows). Upgrading walls will also buy time for your towers to fire at slowed down troops.

Before you wreak havoc on your enemy’s base, make sure to take advantage of the 20 seconds you get before a raid. Examine the locations of the mortar’s, air defenses, and traps and decide where you want to focus your troops on. Whenever you raid, you will want to make back what you paid in elixir for your army. If you’re looking to gain resources and surrender, a full goblin army would be more elixir efficient.

Dropping your giants first to distract enemy fire from your wall breakers is a good first step to many raids. Barbarians and Archers will be drawn to the closest thing they are placed to, so place them in an advantageous spot. Once their defenses are destroyed, wizards, archers, and barbarians can finish the job easily. Be sure to keep track of how many troops you play to save as much elixir as you can.

One way to get rid of mortars or air defenses (if you’re doing a mass balloon raid) is to use lighting spells on them. Dropping two of these spells will destroy them, making your raid much easier.

Playing the game single player is fun, but playing with friends can take the game to the next level. Clans are a great way to meet and work with players who are as crazy about the game as you are. One feature that is extremely helpful is the Clan Castle, where your clan mates can send you troops. These will be deployed the next time an enemy raids you. Be sure to donate troops as well, which will help them whenever they are in trouble. Clan Wars are also a great way to bring the clan together, and will require communication to win.

Whenever you are in a clan war, always focus on unstarred villages before you raid ones that have been raided already. Clash of Clans offers you a matchmaking system, which is generally what you want to follow. If you take out a higher-leveled village, your lower leveled clan mates will have a hard time finding an equal match up. Taking out a low-level village will force your lower level clan mates into a fight they cannot win.

At the end of the day, a loss raid won’t end your whole Clash of Clans career. Inviting your friends to play with you can create a competition to see who can create the best base.

If you’re looking for Clash of Clans streams, videos, and behind the scenes, visit their page on Facebook. Also, you should be happy to know that the game has its own subreddit, filled with hilarious Clash of Clans pictures and game related discussions.