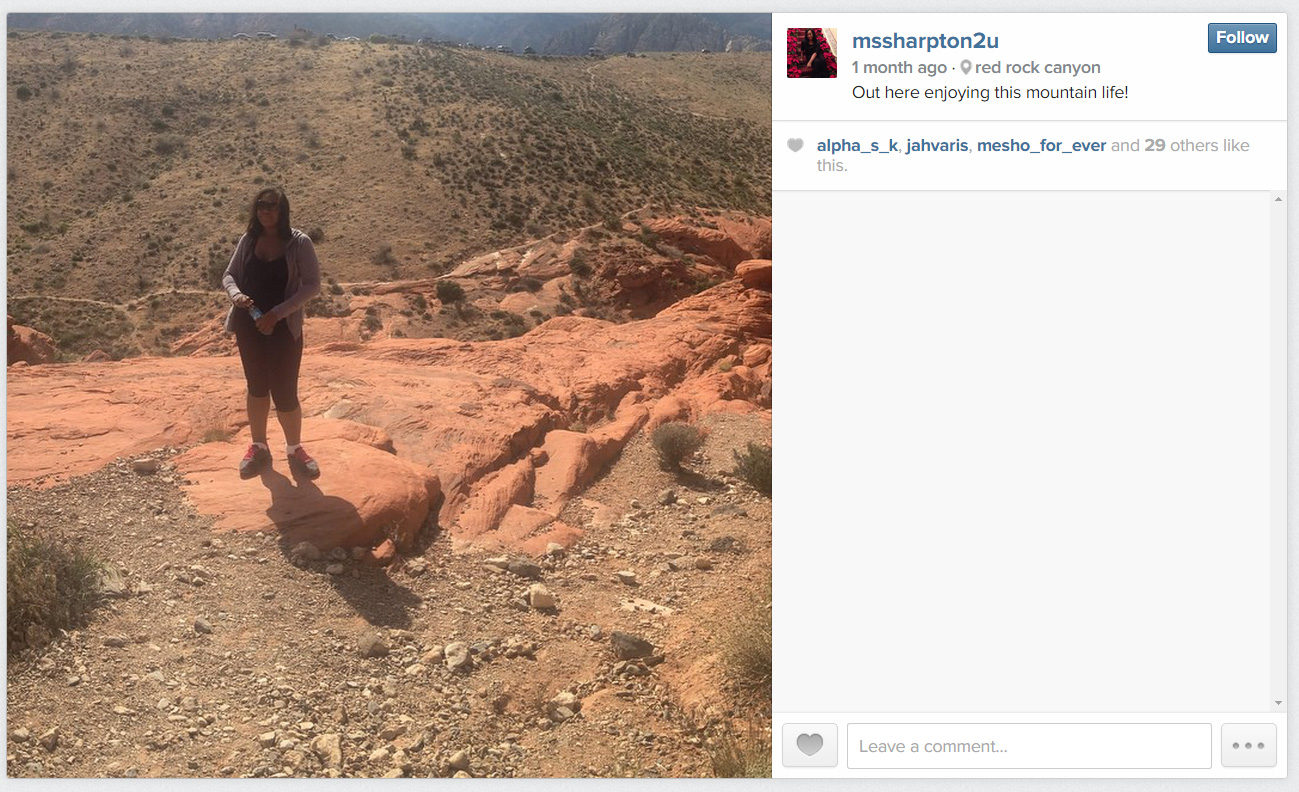 Dominique Sharpton, Al Sharpton’s daughter, has posted pictures of her trekking on Indonesian mountains shortly after claiming in a court that she has permanently injured her ankle.

The pictures, found on Instagram, are being investigated by the city’s lawyers, and they have sent a letter to the reverend’s daughter, warning her not to remove the damning evidence from her account.

The Post recently revealed that Sharpton has been globe trotting, despite various claims that she will never fully recover from a sprained ankle that occurred on an uneven Soho street. The pictures, taken from atop an Indonesian mountain, support this claim.

Sharpton was found to have said that she “hiked UP the mountain, over the clouds . . . into the SUNRISE,” only a matter of days after filing the Manhattan Supreme Court suit against the city.

City lawyers are planning on using this evidence against her case, to falsify her claims that she has a permanently damaged ankle due to uneven streets. The city issued her a letter warning her against touching the damning pictures or other data.

“The purpose of this letter is to demand that plaintiff preserve any photographs, documents, communications and any other information, both tangible and electronically stored, potentially relevant to her alleged trip and fall on Dec. 23, 2014,” de Blasio administration lawyer Michele Fox wrote in a May 20 letter filed in Manhattan Supreme Court.

Sharpton’s lawyer, John Elefterakis, talked down the letter, saying that she “has been forthcoming and transparent throughout this case with regard to her capabilities despite her pain. Ms. Sharpton does not require a letter to instruct her to save pictures which she has freely made available to the public.”