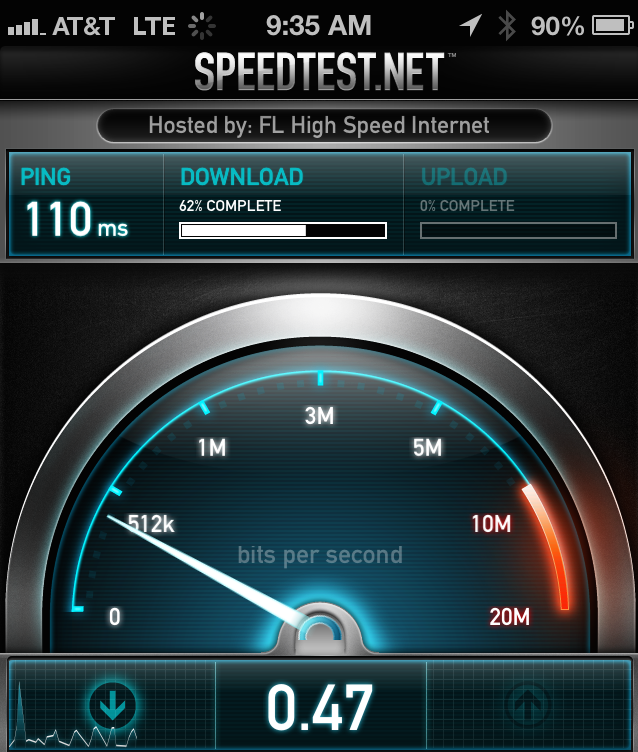 AT&T unlimited customers have long been annoyed by throttling of their service to horribly slow speeds after reaching a certain data allotment, despite the promise of unmetered service. This policy has finally been changed to throttle customers only when they are on highly congested towers.

Customers, until now, have been throttled after hitting a 5 GB ceiling, if they use LTE, or 3 GB for 3G/4G. The throttle was significant too, limited users to essentially useless speeds, and went into effect  for the remainder of the billing period. Because the company promised unlimited data, and that is what the customer is paying for, the FTC has stepped in, handing a lawsuit to AT&T over the practice. Even though AT&T denied wrongdoing, they promised to change the policy before the end of 2015, so this change is actually occurring earlier than expected.

While AT&T made no official announcement about the changes, Ars Technica noticed the change in policy on AT&T’s website:

As a result of AT&T’s network management process, customers on a 3G or 4G smartphone or on a 4G LTE smartphone with an unlimited data plan who have exceeded 3 gigabytes (3G/4G) or 5 gigabytes (4G LTE) of data in a billing period may experience reduced speeds when using data services at times and in areas that are experiencing network congestion. All such customers can still use unlimited data without incurring overage charges, and their speeds will be restored with the start of the next billing cycle

AT&T actually stopped selling its unlimited data plan years ago, but users who haven’t changed their plan at all since the have gotten to keep it. Unfortunately, AT&T’s policy meant that customers couldn’t take full advantage of their supposed unlimited data, with speeds dropping to as low as half a megabit after hitting their threshold.

Their claim that the purpose of the limit was to prevent network overload made little since when you realize they already had the technology to only throttle users on congested towers (which is what they are doing now), and that they would be happy to sell huge amounts of data to anyone willing to hand over more cash.

AT&T could still face potential legal punishment if it loses the case filed by the FTC. AT&T claimed last month that they cannot be sued by the FTC, a claim that was rejected by a federal judge. The FTC wants money to refund millions of customers who did not receive what they were promised.

On top of that, with the FCC’s new net neutrality rules, which take effect next month, AT&T could face further legal actions. The new legislation states that throttling can only be done for network management purposes.