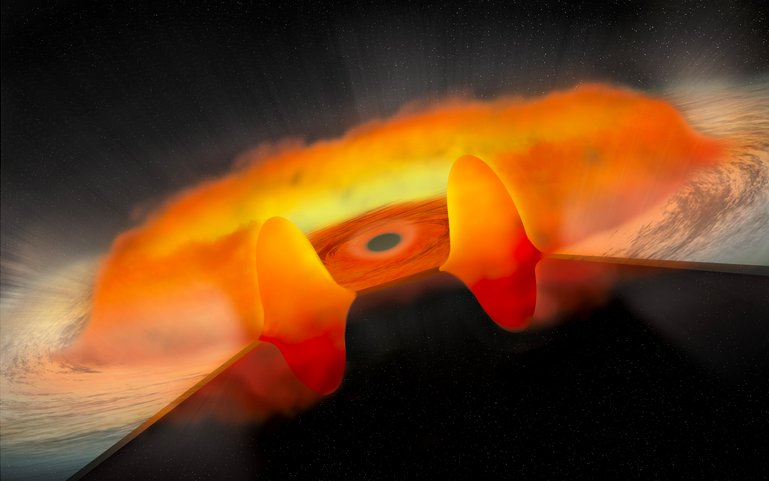 A new study, which was just published in The Astrophysical Journal, is showing that giant black holes might be consuming excessive amounts of matter. The new study was done using NASA’s Chandra X-ray Observatory, and these findings could help astronomers understand how the black holes were able to grow so quickly thousands of years ago. 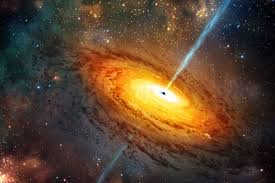 It is not surprising to researchers that the black holes can consume large quantities of materials like gas and dust, because astronomers have known that for many years. The matter that moves towards these black holes glows so bright that it can be seen billions of light years away, and these supermassive black holes are called quasars. However, the new information that the researchers found was that these quasars are even better at consuming material and are doing so at quicker rates than previously thought.

Bin Luo, the leader of the study from Penn State University said that, “Even for famously prodigious consumers of material, these huge black holes appear to be dining at enormous rates, at least five to ten times faster than typical quasars.”

Luo and the colleagues he was working with were looking at data from Chandra for 51 different quasars, which are located between 5 billion and 11.5 billion light years from Earth. The quasars selected had very weak emissions from specific atoms, such as carbon, which is why they were chosen over other quasars. The researchers noted that nearly 65 percent of the quasars in this study had a lot lighter X-rays than the normal quasar, nearly 40 times fainter, and this was important for researchers. The weak atomic ultraviolet emission could help researchers and scientists understand how the supermassive black holes are able to consume all of the matter they do. There have been computer simulations that have shown how if the inflow rate is low, the matter will swirl over to the black hole in a very thin disk. If the rate of inflow is high, the disk gets huge due to the high radiation causing more pressure, and then a donut forms in the middle of the disk.

The researchers believe that the thicker disk quasars are actually made up of black holes that are somehow growing a lot quicker than the others. The balance between the gravity and outward pressure of the radiation changes with these abnormal quasars, and the radiation being closer to the middle than the outside is why the X-ray emission ends up lighter. What this shows is that between this study and previous studies, is that these abnormal quasars are actually more common, and could have been more common during the early part of the Universe. If these quasars have been around since 1 billion years after the Big Band, then it could also explain why there were massive black holes even earlier than we previously knew.