While the economy might not be that stable right now, one good piece of economic news is that the unemployment for black people has dropped to below 10 percent in April. This is the first time since before the economic collapse that this has happened, which has been nearly 6 years now. In March 2010, the unemployment rate for blacks was at a high of 16.8 percent. The unemployment for whites during that same time was about half of that, which shows the disparity between the blacks and the whites in terms of employment during a tough economy. 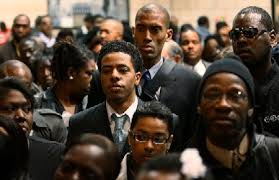 You could also say that the unemployment rate is different for blacks because of education. There are more blacks that drop out of high school, which means that black will have fewer employment opportunities than other groups who finish high school. Even if blacks do finish high school though, they are still less likely to get a job than their white counterparts. For instance, blacks have more college degrees than Latinos, but Latinos have a lower unemployment level according to the Labor Department. Blacks who have the same education as whites and Latinos are also seeing lower pay, down about $400 a week from their white counterparts. .

There also seems to be less opportunities for advancement for blacks in the workplace, who are often not getting the same training as whites or other minority groups. There is also the fact that some employers are still discriminating against blacks, which can be either unintentional or intentional, and this means they are less likely than other groups to achieve the same financial status. However, with the unemployment rates for blacks dropping, it does seem like things are moving in the right direction, but more progress needs to be made to ensure the groups are looked at evenly in the workforce.