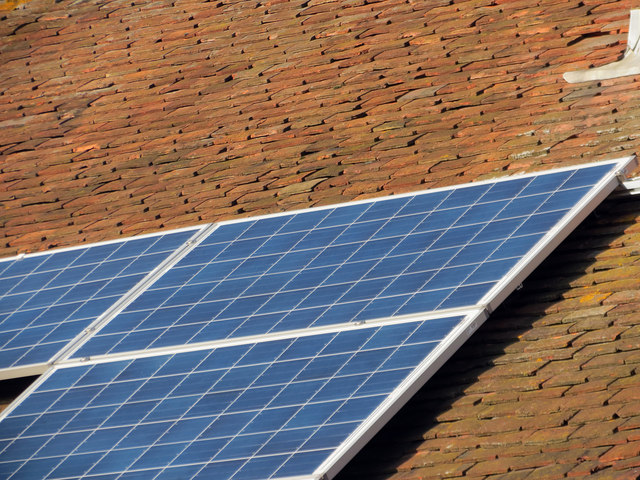 In California, companies that need to offset some of their carbon emissions are paying for disadvantaged neighborhoods to get free solar panels installed on the homes.

The state’s cap and trade law forces businesses to pay, per ton, for their carbon emissions. The money gathered with this tax is then used to offset the business’s carbon emissions elsewhere. As the San Francisco Chronicle explains, the initiative, which is “run by Oakland nonprofit Grid Alternatives, the effort will install home solar arrays in disadvantaged neighborhoods, using $14.7 million raised through California’s cap-and-trade system for reining in greenhouse gas emissions.”

California already is the best state in the country if you want to go solar, with plenty of government incentives, paired with innovative companies and progressive residents who help the green technology get a strong foothold on the community. Still, even in California, the majority of solar power users are the upper-middle class and the wealthy, due to its steep upfront costs.

Grid Alternatives hopes to swing that balance around to make it more fair, and with the extra money it has thanks to these California businesses, it will be able to install solar panels on 1,600 homes by the end of next year, for free. In fact, anyone who lives in a “disadvantaged neighborhood”, as designated by the state, qualifies.

And yes, it is free. Totally free. As the Chronicle says: “Most homeowners are asked to make small contributions for the installation, such as agreeing to feed the crew installing the array, or agreeing to help with the installation themselves. Otherwise, it’s free.” In fact, it’s better than free: the systems will save homeowners between $400 and $1,000 a year in electricity costs.

While the Grid Alternatives program is great, it has a ways to go before it can be called stable. Presently, the system relies on donations from solar companies and volunteer labor. It needs to be made more streamlined, better funded, and permanent before it can be seen as a real threat to climate change.