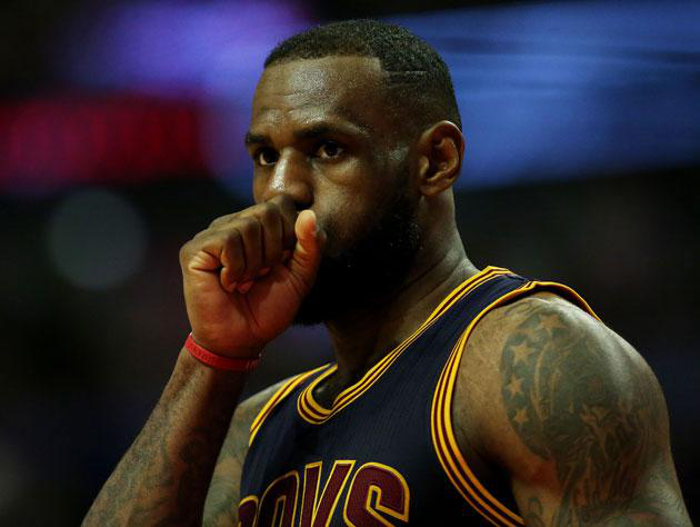 Still thinking LeBron is declining after this game? The Cavs big man put on a huge performance without star point guard Kyrie Irving, who left the game with an injury early on.

James dominated in the passing category in the first half and in the second half he helped finish off the Chicago Bulls with a 94-73 win in Game 6 of the Eastern Conference semifinals. The huge loss for the Cavs happened with under ten minutes to go in the first half and the game tied, but James did not back down. He helped the Cavs advance with a convincing victory.

Cleveland cruised early on and took a 59-38 lead even after Irving was forced to leave the game following an awkward landing on teammate Tristan Thompson’s foot. LeBron took over the point guard position after that and dished it out to J.R. Smith and Iman Shumpert, who have been on fire from beyond the arc since the playoffs started.

In the second half, Dellavedova gave the Cavs some spark to help maintain the big lead, hitting threes and tough shots. The Bulls were out of it and looked lost on offense, they had no answers for Blatt’s adjustments.

Dellavedova finished with 19 points on only 11 shots. LeBron was off early on but recovered and almost had a triple double with a 15 point, 11 rebound, and nine-assist night.

On Fire From 3 Point Land

Cleveland was pretty good from beyond the arc, nailing 8-14 first half three-pointers and 12-27 overall. Other reserves stepped up, Smith and James Jones provided 21 bench points while Chicago struggled to get points. Cleveland’s offense was given space and it took advantage of that.

The Bulls pathetic display was shocking, after playing great the first few games of the series. They had a low 42 points in the final three quarters of the game and some fans already want the coach gone.

Derrick Rose was missing in action and ended with just 14 points on 16 shots. Gasol did some things for the Bulls and helped the team get 31 points in the first but the offense lost power and he did too. Jimmy Butler ended with 20 points but fans expected more. Hinrich and Dunleavy were pretty ineffective too.

Earlier this year, many thought the Bulls would be the team to beat but the Cavs showed that they’re ready to make the NBA Finals. Now they get to sit back and watch the Hawks and Wizards go at it.

This was a disappointing end for Chicago, who took Game 1 and had its fans hyped. That 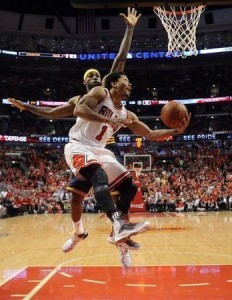 would soon diminish as they failed to show up in Game 2. They did win Game 3 but let LeBron beat them on a buzzer beater the next game. Game 5 had LeBron going off and Game 6 was the dagger.

The series looked promising and that’s why it disappointed. We were all hoping for a Game 7 but the Cavs wanted none of that. Many had written them off during the regular season before they made those key additions. They started out losing a lot but they’re now one series away from making it to the NBA Finals.

The Bulls looked like they would go far but they disappointed once again. They have no answer for LeBron, who has never lost a series to them. Now the focus is on whether the team will keep their coach or let him go. Fans want more offense, but they know that they won’t get the defense they’ve had the last few years, which has won them many games but also lost them a ton.

Who should the Bulls try to sign this offseason? Does Thibodeau need to go?