A new study which appears in the journal Sleep Medicine is showing that children who are maltreated end up having sleep disorders as adults. The study is showing that if adults experienced multiple episodes of maltreatment, they were twice as likely to have sleeping issues compared to other adults who never experienced maltreatment as a child. The study comes from researchers at the University of Toronto, University of Ottawa, and Western University. 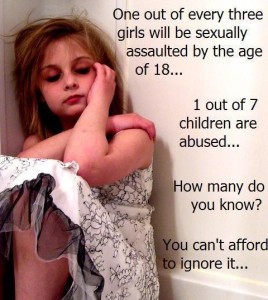 Lead author, Philip Baiden, said that “We found a significant association between childhood maltreatment and difficulty sleeping later in life.” Baiden is a PHD student at the University of Toronto’s Factor-Inwentash Faculty of Social Work. The researchers believed at first the sleep disorders and disturbances were caused by other factors, such as medical conditions or mental health issues. Even after adjusting the results for 15 different factors, it still showed that maltreated children are twice as likely to experience these sleep issues. Each instance of childhood maltreatment increased the odds that the person would suffer from sleep troubles as adults by as much as 10 percent per maltreatment. There have been previous studies that have shown that children who suffer sexual abuse, emotional abuse or physical abuse do have worse physical and mental health in adulthood, but these traumas were never linked to adult sleep disorders.

For the study, the researchers used data from 19,349 adults who took part in the Canadian Community Health Survey in 2012, which focused on mental health. Nearly 1 in 7 adults reported having trouble sleeping, with about 1 in 2 of them experiencing at least one traumatic event during childhood, whether it was abuse or neglect. Childhood adversities, as the study called it, could also mean a child who witnessed domestic violence in the home, was slapped in the face, kicked, beaten, shoved, punched, sexually abused or attempted sexual abuse. These events focused on people who had these types of situations occur in their childhood before the age of 16, because the earlier the events happened in your childhood, the worse it would end up impacting you as an adult.

The co-author of the study, Barbara Fallon, who is an associate professor at the Factor-Inwentash Faculty of Social Work at the University of Toronto also brought up how important it is to diagnose and treat sleep problems early in life. If you can get sleep disorders and disturbances treated early, then there is less of a chance it will negatively impact you as you become older. The long-term consequences of physical and sexual abuse are highly attributed to sleep disorders in adults, with even just one instance negatively impacting sleep from that point until treatment is sought out. The sooner someone who was abused sexually or physically can get help for their sleep troubles, the less chances of it having a significant negative impact in the long-term, which means the less medical problems that person will develop later in life.