A new study from the University of Missouri has found the vital component in proteins that causes cystic fibrosis. Cystic fibrosis is a life-threatening genetic disease that over 70,000 people worldwide have been diagnosed with. 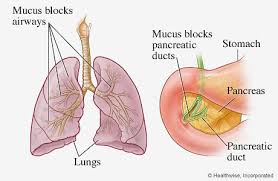 The findings from the study might be one of the missing pieces needed to help develop new medications and improve therapies that are used to treat cystic fibrosis. Researchers have already known that cystic fibrosis was caused by a mutation in a gene called CFTR, but researchers did not know how the mutations impacted the function of the CFTR protein. The lead author of the study was Tzyh-Chang Hwang, Ph.D., professor of medical pharmacology and physiology at the MU School of Medicine. Within the CFTR gene, there are over 2,000 different mutations that can happen, but this study has narrowed it down to 2 amino acids in the CFTR protein that are basically a gateway to opening up the disease. This gateway is important for the flow of chloride ions, which is the key ingredient in salt. The chloride ions go into and out of the cells through the CFTR protein.

In terms of people who have cystic fibrosis, there is an imbalance of the salt in their bodies, which is caused by the CFTR protein being defective or malfunctioning. Since there is too little salt and water outside of the cells, a thin layer of mucus can end up clogging up the airways, which then leads to very dangerous and often times life-threatening infections. There have been a lot of advances in terms of the understanding and treatment of cystic fibrosis over the years, which has allowed people to live into their 40s with the disease. A lot of the patients that end up dying from cystic fibrosis end up dying because of respiratory failure, which is the result of the mucus and the defects in the airway.

A motion-activated water faucet is a good way to think of the function of the CFTR protein according to Hwang. Everything in that motion-activated faucet has to work properly and on time in order for the faucet to work how it is supposed to. This means that the motion sensor needs to be able to find the movement of your hand, which then sends the signal to the gate to open up the water flow. When you are talking about the CFTR protein, if the gate is defective and not working right, the flow of the ions in the cell membrane begins to malfunction. Since the researchers found the amino acids that are responsible for making up the gateway, they now know why the mutations of the amino acids occur. Sticking with the faucet analogy, you can call a repairman when the faucet is broken. If you have someone who does not know how the faucet works in the first place, then they won’t know or understand how to fix it properly. This is the same thought process in terms of the CFTR protein and cystic fibrosis, because researchers need to understand how cystic fibrosis works and how the molecules of the CFTR protein works in order to fix the malfunctions. Once the process is figured out, then researchers will be able to help doctors know how to better treat the condition and this can lead to an overall better quality of life for the patients living with cystic fibrosis.

Most of the therapy that has been used for cystic fibrosis patients has been focused on trying to keep the organs going and functioning correctly, which can help stave off the organ failure associated with the disease. The therapies that have been used for decades though, have not put much focus into the causes of the disease itself. In 2012, the United States Food and Drug Administration did approve the drug Ivacaftor, which can help treat the underlying causes of cystic fibrosis, but only in specific mutations of the disease and the genes. The drug does target a defective protein, but researchers have not understood how it helps CFTR function. This new study and research helps the team understand how CFTR function works and how certain treatments can help enhance the function of the drug. Researchers are hoping that this new study can help come up with better medications that are able to target the amino acids that are part of the gateway process. If there are medications that can alter how the gateway process works, which could enhance the flow of the protein, then it could possibly help prevent a lot of the complications associated with the disease in the long-term. More studies will be needed before any type of medication could be developed, since it will take a while to ensure the amino acids are the only ones responsible for the gateway process.