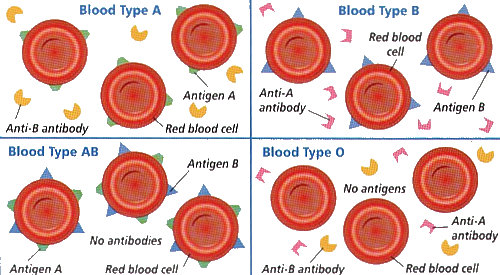 Scientists have recently discovered a new enzyme, which can cut the antigens in blood types A and B, which make them more like type O blood. Type O blood is the universal blood type, since it’s the only type that can be donated to anyone with type A or type B, and there is no life-threatening immune response to the blood. The researchers from the University of British Columbia of Canada were experimenting with enzymes which were called 98 glycoside hydrolase. This particular enzyme was extracted from a specific strain of Streptococcus pneumoniae. This strain was developed over many generations, since it was engineered from a specific enzyme strain that could concentrate a blood antigen where previous generations had failed. The big deal with this was that large amounts of enzymes were needed in order to get this done, and it was always holding research back. 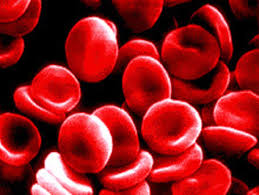 Stephen Withers, a researcher in the study, and his team were able to create the enzyme strain using directed evolution, which is a new technology. This type of technology allowed the researchers to put a lot of different mutations into a certain gene which codes for it, and then it begins selecting strains that are effective at snipping the blood antigens. The researchers were able to create an enzyme that was over 170 times more effective than the strain before it. This entire study was just published in the Journal of the American Chemical Society.

In terms of what this means for science, it creates a huge benefit in the medical community, since there is such a crucial need for blood. What happens when you donate blood is that there are various types of residue that accumulates on the red blood cell surface, type A and type B have this type of residue. Type A has A-acetylgalactosamine and type B has galactose residue, and type AB has a little of both. When it comes to type O, it does not have any of this residue on the red blood cells, which means that it can be used on type A or type B, since it’s not carrying any specific residue.

The current strain of this enzyme cannot remove 100 percent of these antigens from the blood types, so there is still work that needs to be done before it could be used in the medical community. Researchers are hopeful that they can get these antigens out rather easily, since it’s nearly completely out already, and they will then begin clinical trials to study the impact of this mutant gene. It is very important the antigen blood is out before it is donated in any capacity, since even a microscopic amount can trigger a dangerous immune response. This is why it will be quite a while before researchers feel confident enough to do clinical trials, because they have to be sure that the antigens are out of the blood before moving forward. The hope is that this new enzyme will help people in almost every way, since it can be used on all types of blood types, and this can not only help people during medical procedures, but it can also help scientists during research as well.