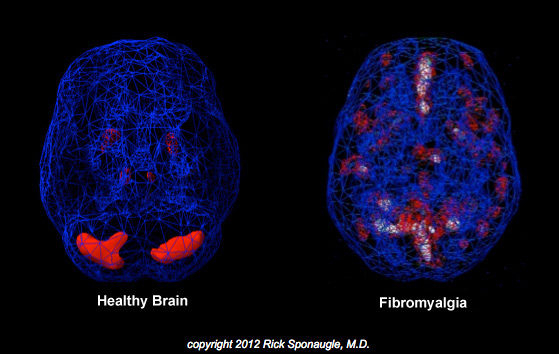 Researchers have figured out that fibromyalgia, which is the second most common rheumatic disorder, has origins in the central nervous system. Daniel Clauw, a professor of anesthesiology at the University of Michigan, analyzed the neurological basis of fibromyalgia. The results of the study were presented at the American Pain Society annual Scientific Meeting. 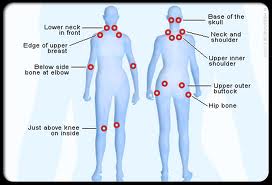 Fibromyalgia is still widely misunderstood, with it now being considered a lifelong central nervous system disorder that causes significant pain to the sufferer. Fibromyalgia is thought of both a discreet disease and a common pathway of pain centralization. A lot of people who suffer from fibromyalgia have pain throughout their entire bodies, which is hard to diagnose because of the lack of causes and outward signs of the disease, such as a specific injury. The researchers found out that fibromyalgia pain typically comes from the brain and spinal cord, then the pain extends outward to peripheral pain, and it is often associated with changes in pain perceptions in the brain. If someone has multi-focal or musculoskeletal pain, then it is likely that the person is suffering from fibromyalgia. The patients who suffer from fibromyalgia often have pain occurring in different parts of the body because the pathways of pain are intensified throughout the entire body. There is also sensory hyper-responsiveness of the pain is also seen in patients with fibromyalgia, and this means that patients feel pain more so than normal people who don’t suffer from fibromyalgia.

Since fibromyalgia has a central nervous system origin to it, this means that treatments with opioids and other narcotic medications are not usually successful, since the medications do not stop the neurotransmitters in the brain. Painkillers like Vicodin or Percocet are not effective for fibromyalgia patients, and these types of medications can even make fibromyalgia and other central nervous system conditions worse. Clauw said that clinicians need to start integrating pharmacological treatments that deal with the neurological aspects of the disease, such as using trycyclics and SSRI types of medications. Cognitive behavioral therapy and exercise might also be beneficial for fibromyalgia patients, since therapies besides drugs can end up more successful in the long run. The main goal for doctors who are dealing with patients who suffer from fibromyalgia is to decrease the pain and improve function, and a lot of patients see improvements with non-drug therapies and neurological medications.

There are typically side effects that are seen with medications like Gabapentin and SSRI medications, since they are drugs that effect the brain, but these types of drugs do help lessen the neurotransmitters going to and from the brain. For patients who suffer with fibromyalgia, the biggest thing that patients need to do is find ways to decrease those neurotransmitters, since that is what is responsible for the pain and increasing the pain throughout the body. Also, patients want to particularly pay attention to yoga and meditation as a way to help treat fibromyalgia, since decreasing stress can also help decrease the number of neurotransmitters misfiring in the brain. More research will need to be done however, because fibromyalgia is still a very misunderstood disease with doctors often questioning whether or not fibromyalgia is real or just a way to get pain medications. For now though, it seems that progress is being made in terms of finding ways to properly treat fibromyalgia, which can help patients get back to a normal and healthy quality of life.