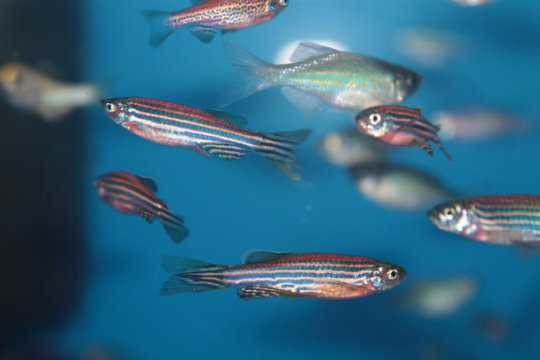 Oregon State University scientists have discovered that fish are able to make their own sunscreen, and scientists decided to copy the methods that the fish use in order to try to use it in the human population. The results of the study, which was published in eLife, showed that zebrafish are capable of producing a chemical called gadusol. Gadusol can protect the fish from ultraviolet radiation, and scientists were able to reproduce this process of the gene expression by using yeast. In terms of what this means for humans, it could help start the process of making gadusol into sunscreen for humans. This compound could also be used in the pharmaceutical industry by putting it into pills as an antioxidant.

Lead author of the study, Professor Taifo Mahmud, said that “The fact that the compound is produced by fish, as well as by other animals including birds, makes it a safe prospect to ingest in pill form.” It currently is not known what the risks are associated with gadusol, so studies would need to be performed to gauge how effective and safe this product would be for human consumption. It is not even known if this compound can be absorbed into the body or how that process would work, so there is still a lot of work to be done in order to figure out how this could work with humans.

The researchers were looking at compounds similar to gadusol that can be used to treat diabetes and fungal infections. The researchers thought that a specific biosynthetic enzyme, EEVS, was present only in bacteria. However, the scientists quickly discovered that vertebrates including fish have a gene that is similar to EEVS. Birds, amphibians and reptiles produce gadusol, which is important for them to be protected against the damage of ultraviolet rays. This is the first time though that there has been evidence of this compound being produced by fish genetically,, since it was thought to come from diet or a relationship with certain bacteria.

The researchers were able to get the zebrafish gene to express itself in E. coli, once the EEVS combined with another protein the gadusol was produced. The scientists were able to transfer the genes to yeast to see what would happen, and it ended up that gadusol was created. The thought is that the other protein was induced by a light source. Since they were able to create this compound on their own through yeast, it brings up the possibility of making this compound in a larger scale that could then be sold commercially to people. Gadusol can help reduce the stress response as well as play a role in embryonic development, which is all on top of being an antioxidant and sunscreen. This compound could be one day used in pills for human sunscreen, but you also could end up seeing it in your cosmetics since it is a natural product with ultraviolet ray protection. There still needs to be a lot of work done before this compound could be sold on a commercial scale to people, including more in-depth studies and then a risk and benefits analysis, as well as likely input from the Food and Drug Administration. There will also need to be clinical trials and tests done on people to determine the efficacy and safety of this compound for people, which means it is still a few years from being sold to people.