A film being shown to investors in Cannes is making a legendary one take legal action.

The people who own the Godzilla franchise, the Japanese company Toho, have taken action and sued Voltage Pictures over the film Colossal, which features popular actress Anne Hathaway playing a woman who has her mind linked to a giant lizard destroying the capital of Japan. It reminds a lot of people of Godzilla.

Toho says it is exactly like Godzilla. In a complaint filed Tuesday in California federal court, the company says the filmmakers “are brazenly producing, advertising, and selling an unauthorized Godzilla film of their own.” 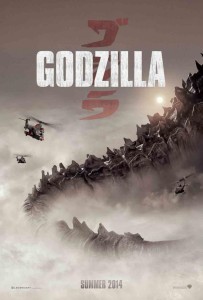 The owners of Godzilla did their research and pointed out an August 2014 interview with the writer and director of the film under fire, Nacho Vigalondo, in which he says of his script, “It’s going to be the cheapest Godzilla movie ever, I promise. It’s going to be a serious Godzilla movie, but I’ve got an idea that’s going to make it so cheap that you will feel betrayed.” Vigalondo is a co-defendant.

The lawsuit points straight to the people who are directing and trying to publicize the film, which the Japanese company claims have included infringing content. The owners claim the filmmakers contacted potential investors and distributors through email and showed them publicity from the recent reboot of Godzilla. Their proof includes pictures, plus a document from the director which has images from their work. “The Director’s Notes also make clear that Defendants have not only taken the Godzilla Character as their own, but that they also intend to use the Godzilla Character in precisely the same way that Toho used the character in its initial film — attacking Tokyo,” states the complaint.

Use Of Lines and Images From Reboot

Another violation that the Japanese company points out is the line “Tokyo is under attack by Godzilla”. This was used in the sales booklet for the pitch to investors. Posters with an image from the recent Godzilla reboot were also handed out.

“Toho is informed and believes, and based thereon alleges, that Defendants have knowingly used the Godzilla Character to attract interest and attention in their Colossal project so that it would stand out in a crowded field of competitors on the film sales circuit,” states the complaint.

The Japanese company is suing for copyright and trademark infringements, trademark dilution, Lanham Act violations, unfair competition and unjust enrichment. It wants Voltage to stop production and a sum for damages. The amount is not yet known.

The complaint was filed by Greenberg Glusker’s Aaron Moss and Chuck Shephard, Toho’s lawyers. “We’ve represented Toho for a long time, and this is about as brazen an act of infringement as we’ve encountered. It’s hard to believe that an established Hollywood production company would conduct business this way,” Shephard tells The Hollywood Reporter.

The two pointed out that the company has been involved in cases dealing with online piracy when going up against other films. In 2010, producer Nicolas Chartier filed a lawsuit over piracy of the best picture Oscar winner The Hurt Locker. Four years later, the company was under fire again but this time over torrents of the Dallas Buyers Club.