Google Wants To Control Your House With a Creepy Toy

Google published a new patent for a creepy toy connected to the internet that can look at you and take your commands. 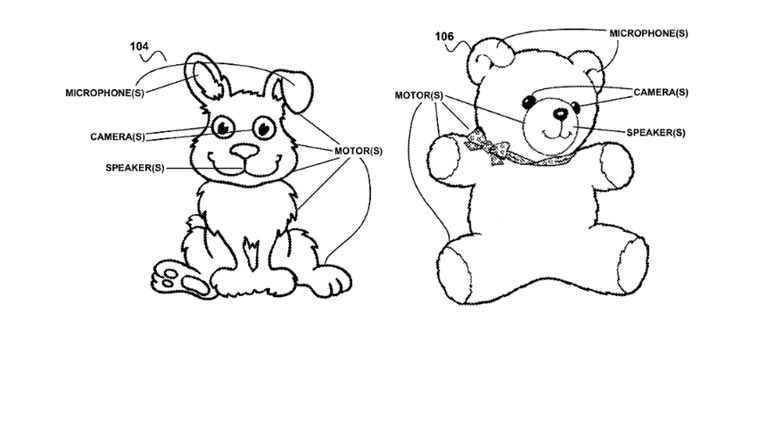 Google published a patent recently detailing a device that would take human-toy interaction to the next level.

The tech giant is working on making toys that are connected to the Internet, allowing them to control home appliances with special movement sensors, including cameras, microphones, and speakers. The device would have household appliances, detecting when a person enters the room or speaks a command.

Before you start talking about how cool this sounds, remember that it’s a toy. A very creepy toy. In fact, this may be one of the creepiest patents that Google has ever filed. In addition to having a cute teddy bear being able to listen to your commands and respond back to you, it also will pick up on social cues.

For instance, with its multitude of sensors, the teddy bear will sense when you are looking at it, responding by staring right back at you. Maybe it’ll even blink. Google’s creepy toys will express human-like emotions and expressions, such as interest, boredom, or surprise. “To express interest, an anthropomorphic device may open its eyes, lift its head and/or focus its gaze on the user,” Google’s director of rapid evaluation and mad science, Richard Wayne DeVaul explained.

Privacy groups are concerned about another creepy aspect of the devices: their spying ability. The toys would sport an innocent exterior, fitting right in on your kid’s bed full of stuffed animals, but would be able to track your movements and conversations.

Besides the obvious creepy aspects, little children are unlikely to react well to a toy that turns its head to them when they look at it. Such a toy may not exactly be targeted at children.

While Google files many different ideas, the majority of which will never see the light of day. Don’t get your hopes up about having an intelligent toy to keep you company any time soon. “We hold patents on a variety of ideas — some of those ideas later mature into real products or services, some don’t,” the company said in an email statement to CNNMoney.