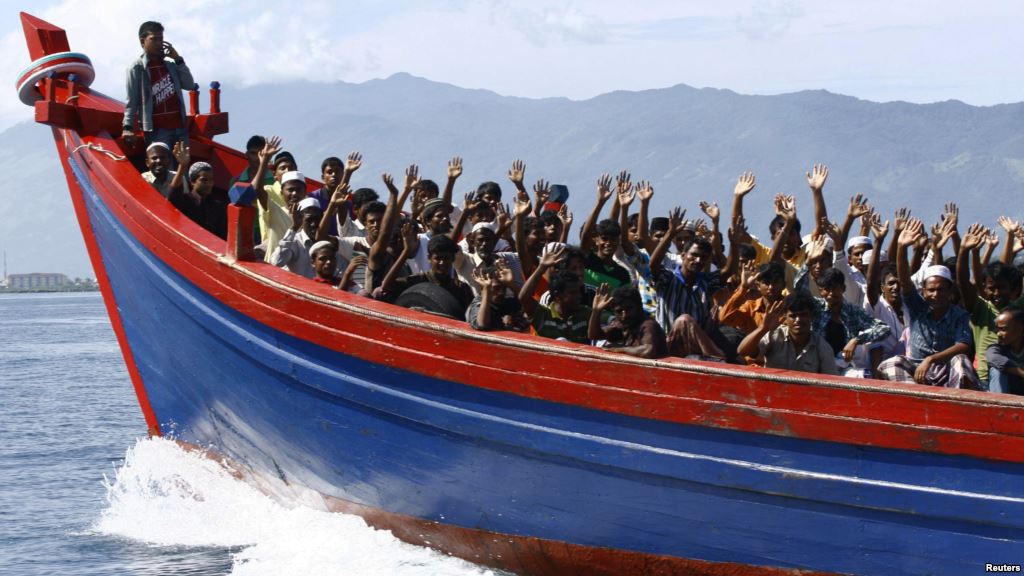 It looks like the shelter situation with the migrants will end for now, Malaysia and Indonesia said on Wednesday they would offer shelter to 7,000 “boat people” trapped at sea in boats, but the two made it clear that this decision is temporary and that they would take no more.

The situation has recently gotten out of control with more than 3,000 migrants landing this month in Indonesia and Malaysia. The two along with Thailand have turned away several boats in the past despite calls from the United Nations to give them shelter and medical attention.

In a statement made by the three countries, they emphasized that the international community has to get involved and help with the situation too.

The migrants making the dangerous journey are mostly Rohingya Muslims from Myanmar and Bangladeshis. Women, men and children are all making the dangerous cross after being persecuted by the military and other groups. They’re also escaping poverty but now face other problems, like starvation at sea. “What we have clearly stated is that we will take in only those people in the high sea,” Malaysian Foreign Minister Anifah Aman said. “But under no circumstances would we be expected to take each one of them if there is an influx of others.”

The two countries trying to help out said they would offer “resettlement and repatriation”, a process that would be “done in a year by the international community”.

The United Nations, which has criticized and urged the three governments to take action and bring them in, welcomed the move.

Countries like the United States were ready to help out if the nations did not come up with a solution. They were prepared to provide financial and resettlement aid to those trapped in the sea, Acting State Department Spokeswoman Marie Harf told a briefing in Washington.

They were also prepared to take charge of an effort involving many countries willing to aid. This would have been organized by the United Nations High Commissioner for Refugees (UNHCR) to resettle the most vulnerable migrants, she said.

Thailand Has Not Decided

Malaysia’s Foreign Minister made it clear that temporary shelters would be set up for those trapped, but not in Thailand, which has avoided the situation.

Thailand did say that they will allow the sick to come in and get some medical attention, but have not said anything about letting the others in.

At least they have listened to the United Nations, saying that they would not force boats back out to sea. “Thailand attaches great importance to humanitarian assistance and will not push back migrants stranded in the Thai territorial water,” the Ministry of Foreign Affairs said in a statement.

Thailand might make it all clear in a conference they called for on the issue at the end of this month. “We maintain our stance that we are a transit country,” Thai Prime Minister Prayuth Chan-Ocha told reporters in Bangkok. 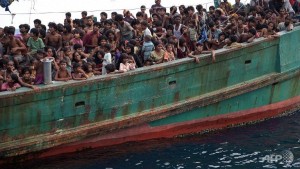 Hours before officials from the countries met, hundreds of migrants landed in a province of Indonesia. “We have to find ways to resettle them as soon as possible without creating a new moral hazard,” Dewi Fortuna Anwar, political adviser to Indonesia’s vice president, told reporters in Jakarta.

“If migrants start thinking of Indonesia as a transit point or as having a higher chance of getting resettled, that would create another problem that we have to prevent.”

She said Myanmar is responsible for what’s going on. United Nations has told them several times that they must stop discrimination against this group and try to put an end to the illegal migration.

The United States agreed with these calls, saying their people are the ones making the groups flee.

“Ultimately (Myanmar) must take steps to address the root causes that drove these people (to sea) and we need long term sustainable solutions, development, protection of basic human rights if we’re really going to answer the problem,” Deputy Secretary of State Antony Blinken told a conference in Jakarta.

He is scheduled to visit Myanmar on Thursday to discuss the situation and what they could do to stop it.

Myanmar has around 1.1 million Rohingya Muslims that are not considered citizens by national law and live in terrible conditions. Around 140,000 have been displaced in the last three years.

People in Myanmar call the Rohingya “Bengalis”, a name they reject because it basically says they’re immigrants from Bangladesh despite living in that area for decades now.

The government of Myanmar said yesterday in a statement published by the state media that they are making efforts to stop these persecutions and the migrants from fleeing the area.