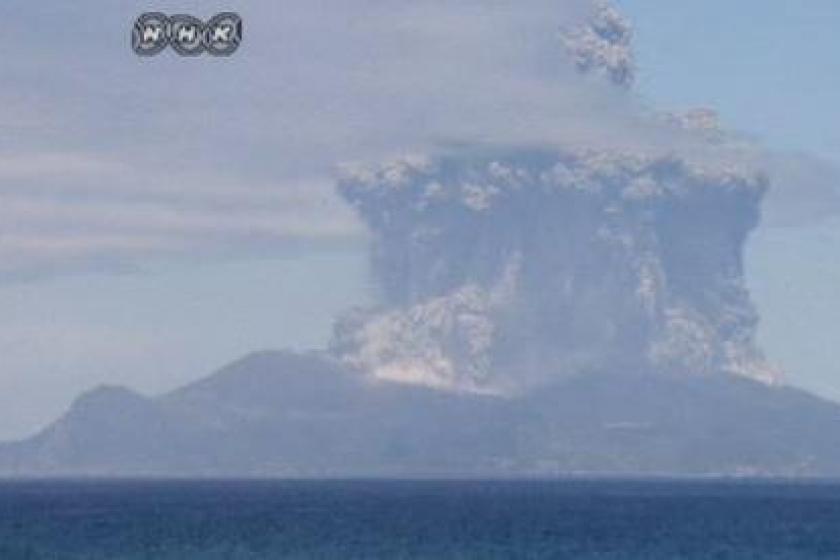 Kuchinoerabu, a tiny southern island in Japan, is being watched closely after a volcano erupted. More than 100 residents were told to evacuate immediately Friday morning.

Stunning footage captured from spectators and TV showed the moment Mount Shindake erupted, sending a lot of thick and black smoke into the sky.

Japan took action right away and its meteorological agency raised the alert level to five, the highest on the scale. As soon as that happened, residents were told to evacuate.

The good news is that the agency said no injuries or damaged had been reported after the unexpected eruption. Just eight months ago, 57 people lost their lives after Mount Ontake did the same in central Japan.

They said that pieces of rocks and hot gases released from the volcano were found of the island’s northwest shore.

In the capital, prime minister Shinzo Abe, told emergency response teams to head to the area. He also told local authorities to do “everything possible” to ensure the islanders’ safety.

His spokesman, Yoshihide Suga, said a coast guard vessel was sent to the tiny island to get the residents out as quickly as possible.

An official in the area, said the unexpected eruption forced the residents to take shelter at a center assigned for disasters. “There was a really loud sound of an explosion, and then black smoke rose, darkening the sky,” Nobuaki Hayashi told the national broadcaster NHK. “It smells of sulphur.” 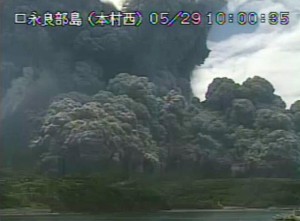 That official also revealed that some people have not evacuated or reached the shelter because they were traveling by boat around the island. “The skies here are blue, but smoke is still rising to the west,” he said.

A Twitter user by the name @TAKUYAbluewhale, who is in the nearby island of Yakushina, took pictures of the volcano from far away and the thick and black smoke rising high into the sky. “The eruption happened right before my eyes,” he said. “The seismic force of the eruption was incredible.

A witness on the island told Kyodo News that the blast as “tremendous”, and that this made her seek shelter right away.

The tiny island called Kuchinoerabu, is located about 50 miles southwest of the main island of Kyushu. It is hard to get there because it can only be reached on a ferry that goes there once a day from Yakushima island. It is a short trip there as it is only 12 miles away.

Many outside of the island don’t know much about the volcano, but its residents do. They live with the constant fear that it might erupt just like it did a few hours ago. They were even more alert when Mount Shindake erupted last year for the first time in 35 years.

According to the meteorological agency, this eruption without warning happened just before 10 am local time. Not too long ago, they warned climbers about going to the volcanic area and imposed restrictions.

Japan, which is filled with active volcanoes, is trying to do things right this time around after their authorities were accused of not taking their time to warn the hikers of the increased volcanic activity before the deadly tragedy happened last year.

Their more serious approach has made them close part of a heavily visited hot spring resort near Tokyo because they fear that nearby Mount Hakone could erupt at any time.