Georgia judge returns from bathroom break to find her glass of water cloudy and a white pill at the bottom. 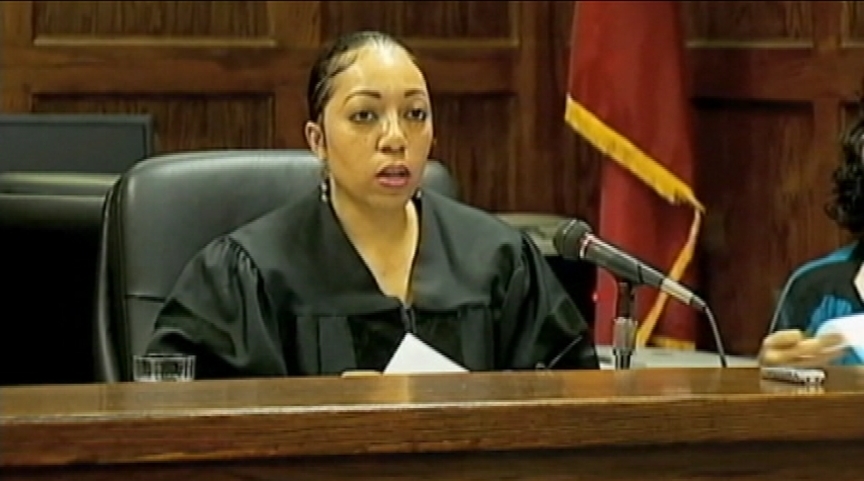 The judge was reported to be pouring bottled water into her glass, as the water began to turn cloudy. She saw the pill in the glass and a deputy managed to get it out before it fully desolved. The pill was then handed over to the Georgia Bureau of Investigation.

“She did express to me that she’s still disturbed and concerned. She’s very concerned because being a lawyer and now a judge, she never thought that something like this would happen and could happen,” Rockdale County Sheriff Eric Levett said.

The GBI said that while due to this being an ongoing investigation, although they have determined what the substance was, they will not be announcing it to the public. The next step is to figure out who is responsible for the pill getting in the glass.

“We’re doing interviews of people who were in the courtroom that day, we’re reviewing videos and we also, our crime lab, has analyzed the pill,” said GBI spokeswoman Sherry Lang.

Officials are investigating and interviewing the people present at the time the pill was placed, which includes the court clerk, three deputies, and up to four inmates. These people are, for obvious reason, high on the list of suspects.

“Our deputies would not allow an inmate to get that close to the bench,” Levett explained. “I would hope and believe than none of my deputies were involved. In fact, I can tell you at least two or three were not even close.”

Judge Aten will not be able to comment on the matter due to the position she is in. “She can’t make any comments. And she in fact told me that she was not willing to make any comments on this case at this time,” Levett said.

Daniel Heppner
My big interests are photography, IT, and electronics. I like to get out the soldering iron and build things for my house that light up. I've traveled around the world taking pictures and consider the viewfinder an extension of my eyeball. I build computers for myself and friends for fun, and have experience with software programming. I have experience programming underwater robots for robotics competitions, as well as wiring up the circuitry for them.
RELATED ARTICLES
US