Mariota Back On The Field 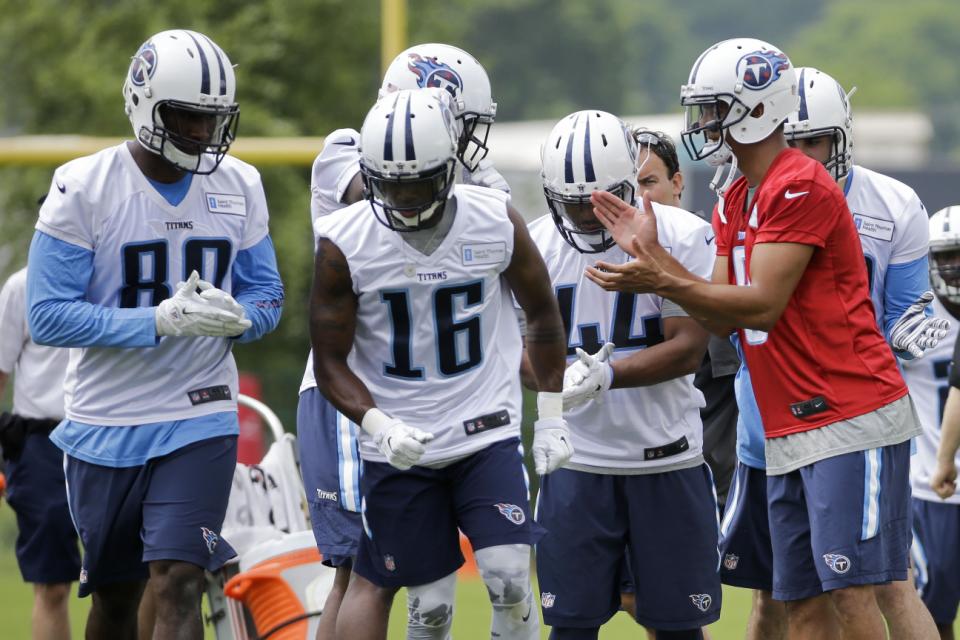 Marcus Mariota is now learning to be an NFL quarterback. In his first time on the field with an NFL team, the Tennessee Titans were impressed by what they saw.

The Heisman Trophy winner and the No. 2 draft pick overall was happy to be playing football again in the rookie minicamp. His day started by taking snaps under center, something he’s going to have to get used to after playing shotgun for most of his days in college. “I got to be under center for the first time, so that was different for me a little bit,” Mariota said. “It’s still football, and you’ve got to be able to execute whatever the coaches are asking you to.”

Mariota was sensational in his last season with Oregon, he threw for 4,454 yards and 42 touchdowns while running for 770 yards and 15 TDs. Coach Ken Whisenhunt has promised the team will incorporate some of the plays and schemes he had during his time in college. The rookie showed up with eight other draft picks on Monday. He says he is already feeling comfortable in the offense and wants to keep learning more and getting better. “I’m working at it. I feel comfortable with it right now in practice that it went well,” Mariota said. “It’s just getting repetitions.”

After a long wait before the draft, the quarterback is happy to be back on the field. “I think for all of us here these last few months have been a really long process,” Mariota said.

Mariota left many impressed, including Coach Whisenhunt. He saw some mistakes from all his picks but there’s plenty of time to improve.  “There’s obviously parts of it that he is very comfortable with and other parts where it’s new to him,” Whisenhunt said. “So trying to blend all of those together and process all of that, it’s something that just takes time.” 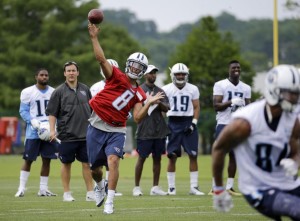 Mariota came prepared and showed why he was the number two pick. “He comes in with people having seen him play on Saturdays,” Whisenhunt said. “He won the Heisman. They’re curious to see what does he look like, and it doesn’t take long to understand that he’s a competent guy at that position. He can throw it, he can run when he has to run. He can do a lot of things. He has command in the huddle, and he does a good job with that.”

Mariota still has a lot of work to do but the team hopes he can turn out to be the franchise quarterback they’ve been looking for. The Titans have not succeeded with past picks like Jake Locker and Vince Young, both who have already retired. They haven’t made playoffs since 2008 and Mariota might be the one to change that.

He’s not locked in the starting spot though, Zach Mettenberger, a sixth-round draft pick out of LSU last season, is looking to take the position after having a decent campaign last year. If Mariota does get to be the starter, he will go up against Jameis Winston, the top overall pick. The two would meet in the opener for a matchup of number 1 and 2 picks. Watch out for Mettenberger though.