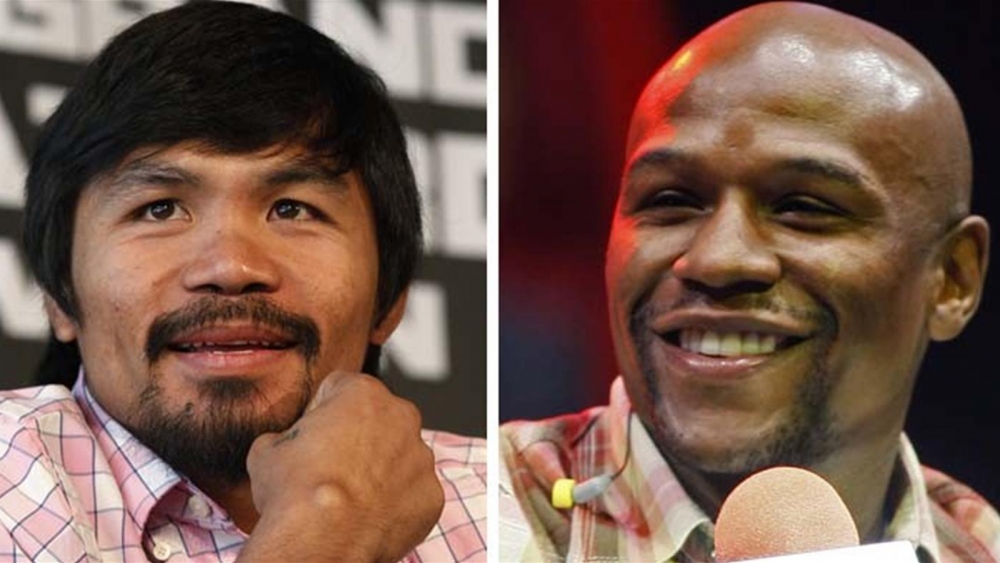 Floyd Mayweather  said he is down for a rematch with Manny Pacquiao next year and it looks Philippine’s hero won’t back down. This was confirmed by Top Rank promoter Bob Arum who talked to ESPN.com on Tuesday.

The undefeated and agile boxer, who comfortably defeated Pacquiao Sunday at the MGM Grand in Las Vegas in one of the most anticipated and richest fights in history, told ESPN’s Stephen A. Smith in a text message on Tuesday that he be would open to a rematch with Pacquiao after the Filipino legend recovers from shoulder surgery. “I will fight him in a year after his surgery,” Mayweather texted Smith.

Arum said it won’t be easy, like the first time, but he believes they could agree to a deal for a rematch.

“I think we now know what the pitfalls were,” Arum said. “And, ultimately, with all the aggravation and trouble, look at the pot of gold that we both produced. I think they’re will probably be less aggravation in a rematch. We understand each other better now. There’s a real possibility it could work even better.”

The promoter suggested that Mayweather should forget about fighting in September and wait for Pacquiao’s recovery. This would take place around April of next year, the best time for this because the MGM plans to open a new 20,000-seat arena in Las Vegas. “I think the wisest course of action is for Floyd to wait,” Arum said.

Arum said Pacquiao is scheduled to have the surgery today in L.A. Doctors say he’ll be out of action between nine months and a year. “We first have to make sure the rotator cuff heals well,” Arum said. “Dr. ElAttrache is a famous surgeon, one of the best in the business, so I’m confident the surgery will work and if it does why wouldn’t we entertain a rematch?”

Word about the injury came up after the fight, which has caused some controversy because the boxer suffered the injury about 2½ weeks before the fight and failed to disclose it to the Nevada State Athletic Commission on his pre-fight medical questionnaire. Pacquiao checked the “no” box rather than the “yes” box, making fans who went to the fight go crazy and the ones who ordered the pay per view too. The injury has already lead to at least one lawsuit.

Pacquiao faces possible discipline from the Nevada commission for failing to disclose the injury, which he was obligated to do. Even with all the controversy surrounding him, the two might meet again in the ring pretty soon.

Mayweather said many times after the fight that he plans to fight in September and then retire but it looks like he has changed his mind with the text he sent to Smith. The undefeated boxer needs just two more victories for a 50-0 record. 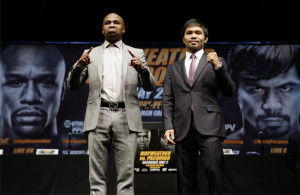 But this is all just rumors for now, a deal at this very moment would be extremely difficult to make because Pacquiao would ask for a bigger share than what he got in the last fight, which was a 60-40 split.

Arum disagreed. While he said he didn’t “want to negotiate through the media,” Arum said, “The fact that he won the fight, what does that mean? The two of them together created such a bonanza — numbers we’ve never seen before and without Manny who could Floyd create a bonanza like that with? And without Mayweather who is Manny going to fight to create as much money? Maybe we should get more than the 40 percent. They need each other to create this kind of money.”

Will we get to see a rematch?