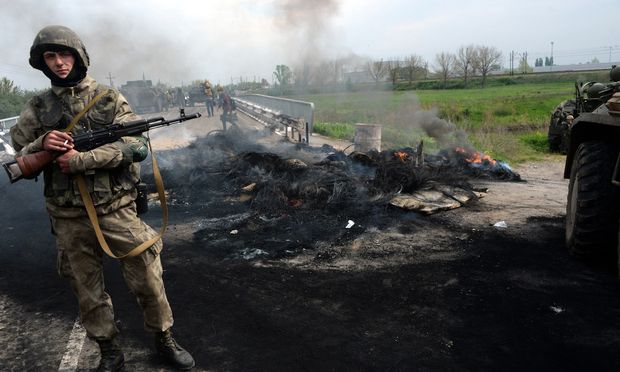 In an address to the US Congress on Thursday, NATO’s top commander asserts that Russia may be using the recent pause in fighting in eastern Ukraine to lay out its new groundwork for a new military offensive.

According to the Organization for Safety and Co-operation in Europe (OSCE), which oversees the ceasefire, violence in the region has plunged to a significant drop since the agreement was signed in Minsk, Belarus in February.

But NATO supreme allied commander, US Airforce General Philip Breedlove, said Russian forces had been aiming to “reset and reposition” while protecting military gains, despite a fragile truce agreed on February. He added that “many of their actions are consistent with preparations for another offensive”.

Breedlove acknowledged that he is unable to forecast Moscow’s next move but characterized its military’s ongoing operations as “preparing, training and equipping to have the capacity to again take an offensive”.

The United States says that Russia has deployed its largest force on the border and has sent out the largest number of air defense systems since August. Breedlove claims that the Kremlin’s move aims to bolster its command and control over separatists as a result of “disunity in some of the earlier attacks”.

“Command-and-control, air defense, support to artillery, all of these things increased”, he said, “making a more coherent, organized force out of the separatists”.

So far, the United States has declined to assist Ukraine by providing weapons, a move which advocates say could help end the conflict. Opponents of the move, on the other hand, say this could escalate the war.

While Breedlove says that no options will be omitted from the table, providing Ukraine with the military prowess necessary to defeat Russia has not been taken into consideration. Rather, Breedlove says they “should consider changing the decision calculus of (Russian President Vladimir) Putin”.

Washington, however, stands in solidarity with its European allies, including German Chancellor Angela Merkel, who strongly oppose arming Ukraine.

Breedlove also expressed concerns over Western sanctions imposed against Russia over the Ukrainian conflict which “may be affecting how he currently does things in eastern Ukraine”.

“But we really have no way of knowing one way or another”. he said.

PS Now: Everything Coming To The Service In December

Dec 3, 2020
PlayStation Now has a massive library but the service often adds multiple games every month. The month of December will be no different as...