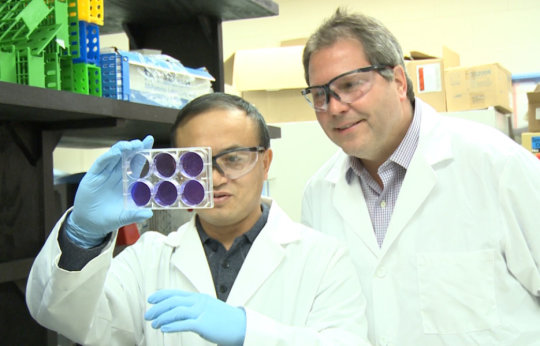 Kansas State University researchers have developed a new vaccine for two of the new strains of the avian influenza, also known as the bird flu. These two strains that have developed recently can be transmitted from poultry to humans, and it has led to millions of commercial chickens and turkeys being culled. These two new strains of bird flu has also lead to the deaths of hundreds of people. 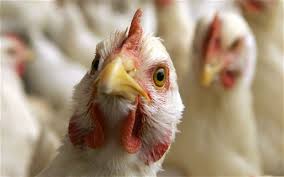 This new vaccine should help researchers make vaccines for the new emerging strains of the avian flu in a quicker manner. This means that there could be a huge reduction in the amount of large-scale outbreaks at the poultry farms, and it could also lead to a decrease in human transmission. The researchers are also hoping that new influenza vaccines can be developed for pigs, sheep and over livestock.

The lead researcher for this study was Jürgen Richt, Regents distinguished professor of veterinary medicine and director of the U.S. Department of Homeland Security’s Center of Excellence for Emerging and Zoonotic Animal Diseases. Richt and his colleagues were focusing on the subtypes H5N1, which is the most active strain in Indonesia, Egypt, and Southeast Asian and North African countries. The strain H5N1 also has been seen in some wild birds in America, although not nearly as frequently. H5N1 has a zoonotic pathogen, which means that it can be transmitted from chickens to people, with over 700 people worldwide already being infected. The strain has killed about 60 percent of people who become infected, which means this strain has a high mortality rate associated with it.

The researchers were able to develop a vaccine for this strain by combining two different viruses. A strain for the Newcastle disease virus, which naturally affects poultry, ended up being cloned and then a small portion of the virus was transplanted into the Newcastle disease vaccine. This then created a recombinant virus, and this new virus vaccine worked on chickens against the Newcastle disease virus and the H5N1 strain of bird flu. The researchers also looked at subtype H7N9, which is an emerging strain coming out of China the past couple years. In China, there have been about 650 cases of the virus in people, and Canada has also reported 2 cases of this virus in people coming back from China. There have been about 230 deaths as a result of the H7N9 virus.

Researchers used the same method to develop the H7N9 vaccine, which was to insert a small part of the H7N9 virus into the Newcastle disease virus vaccine. The chickens were given the recombinant vaccine which protected them against the Newcastle disease virus and H7N9. The chickens infected with H7N9 often do not show signs of sickness, which means you can buy a bird to cook at home, which could be infected and no one would know. Once it was consumed by people, then the virus could be transmitted to humans, and about 1 in 3 infected people end up dying from the H7N9 virus. In terms of H5N1, the chickens do show signs of sickness and end up dying within 5 days after being infected.

Basically, researchers are killing two birds with one stone, because you are using the combined vaccine to get rid of two different viruses that can kill people and birds. The Newcastle disease virus vaccine can be used further on other animals, such as pigs, which would also lessen the diseases that these animals can get, and that could also stop transmission of other viruses to people. This was the first study out there to look at the H7N9 vaccine in chickens, which are the animals that this particular disease originates in. There is a diarrhea virus that kills over 6 million pigs each year, so the hope is that this combination of vaccines could also be made from that virus as well, and then given to pigs to stop them from getting this nasty disease. More research will need to be done with the other viruses and vaccines to see if another super combination vaccine can be made to help other animals that often get diseases, some of which are life-threatening to humans if they are infected.