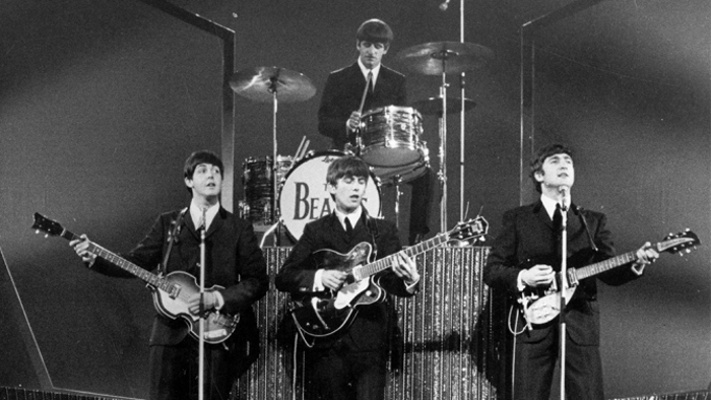 Looking to buy a unique item?

A guitar played by George Harrison in the Beatles’ early days goes on auction in New York Friday, valued at $400,000 to $600,000. The guitar was being displayed at a British museum, but will now have a new owner later today.

This item will be the star show, in an auction filled with hundreds of possessions once owned by rock ‘n’ roll’s biggest stars. Auctioneers hope they can bring in millions.

Harrison borrowed the guitar while his was under repair and was photographed and filmed playing it at concerts, said Martin Nolan, executive director of Julien’s Auctions. “It was played by Harrison in the Cavern Club in the early 60s,” said Nolan, referring to a Liverpool nightclub that gave birth to the world’s biggest band. 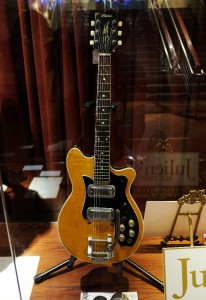 The costly guitar is being sold by a collector who displayed it for a bit at the Beatles museum in Liverpool. The item was heavily visited by the crowd. “Even the new owner may decide to lend it back to them.”

The New York Auction will draw a lot of the rich and famous. Many of those will be the same ones who bid for Picasso’s Women of Algiers just a few days ago. The famous art piece was bought for a whopping $160 million at Christie’s in New York.

Not Just Any Bus

The star item of the sale at the Hard Rock Cafe on Saturday is a luxurious tour bus bought by Elvis Presley for his back-up band, J.D. Sumner and the Stamps, in 1976, the year before he died.

The bus which is valued at $100,000 to 200,000 will attract the looks of the crowd. The inside is refitted with dusty peach soft furnishings, the bus still has Elvis’ “Takin’ Care of Business” motto and a lightning bolt on the outside. The luxurious bus seats 12, has nine beds and comes equipped with air conditioning, a fridge, microwave, TVs and speakers. The bus even brings a copy of the $25,000 check that he gave his friend to buy the bus.

Elvis spent some time in that bus and used to hold meetings in there. But he stopped using it when he bought two private jets, the Lisa Marie and Hound Dog II. Those two remain at Graceland after a dispute with the owners.

The famous singer did enjoy testing and traveling in the bus and told his friend that if he ever crashed it, he would buy another one. “He took the bus out from Graceland and he drove right out into the country and then he was worried how am I going to turn this bus around, so he drove into a corn field, drove back out again and back home.”

The bus is one of the many items from the famous singer to go on the auction block. Some of his others items are a military uniform, a black-and-white stage outfit valued at $60,000 to $80,000, and a “Love Me Tender” record dedicated to his mother Gladys. 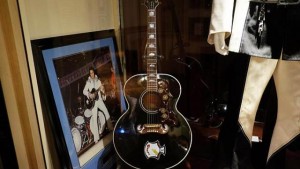 Even if the Beatles guitar is the star attraction, his items will still rake in the big bucks. Nolan said there is a lot of interest for the bus, even from people outside of the U.S. “Elvis prices continue to go higher and higher as there is less and less stuff available, and people want to get in and be part of the act,” Nolan told AFP.

The auction features many other items like an Eric Clapton guitar valued at $30,000 to $40,000 and outfits worn by pop legend Michael Jackson.

The auction will get started May 15 and finish the 16.