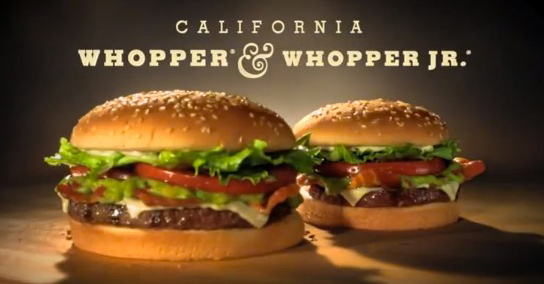 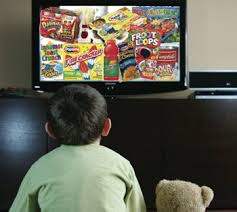 The findings from the study are suggesting that these habits are making it more difficult for these people to lose the weight later in life, and that the dieting efforts need to be targeted differently. Instead of targeting the desire to eat the tempting food, the targets need to be towards thinking about the actual taste and eating part of the foods. This means that you need to start picturing yourself eating healthier foods like salad, instead of thinking about the taste of the cheeseburger you saw on television. The study appears in the journal Cerebral Cortex, and included Dartmouth researchers from the Department of Psychological and Brain Sciences and the Norris Cotton Cancer Center at Dartmouth-Hitchcock Medical Center. The study also included researchers from the Geisel School of Medicine at Dartmouth.

The food advertisements and adolescent obesity rates have both gone up dramatically over the last 30 years, and research links the number of television shows seen during childhood with a higher obesity risk. The evidence is suggesting that exposure to the food marketing helps promote unhealthy eating habits that directly relate to and contribute to obesity later in life.

The researchers used functional magnetic resonance imaging, known as fMRI, to examine the brain’s response to over 24 different fast food commercials and then to non-food commercials in the overweight and healthy adolescents. The teenagers involved in the study were between ages 12 and 16, with the commercials being embedded into the age-appropriate shows, such as “Big Bang Theory” and other shows that teenagers would be likely watching. This helped the researchers in terms of not letting the teenagers know what the purpose of the study was, which helps keep the results from being skewed.

The results of the study showed that in all of the teenagers involved in the study, the brain regions that are responsible for focus and attention and processing rewards were strongly active while looking at the food commercials compared to the non-food commercials. The adolescents who had higher body fat also showed a higher reward-related activity in the brain than the teenagers who were of a healthy weight, and there were higher activities in the regions associated with taste perception as well. The biggest surprise from the study was that the food commercials also activated the brain region that controls the mouth in the overweight teenagers. This part of the brain is part of the larger sensory system that is important for observational learning.

The study findings are suggesting that there is a possibility that the obese or overweight teenagers mentally simulate eating when they are watching the food commercials on television. The lead author of the study was Kristina Rapuano, who is a graduate student at the Brain Imaging Lab at Dartmouth. Rapuano said that the brain responses are demonstrating how unhealthy eating behaviors are being reinforced during the television commercial watching process, and how this turns into habits that can hinder someone’s ability to eat healthy and lose weight later in life. Previous studies have shown that the brain reward response is higher when looking at appetizing foods, but this is the first real study to look at real world food cues from places such as Burger King. This is the first study to look at the commercials that adolescents encounter regularly while watching television. Some of the chemicals and hormones that are involved in the reward center include dopamine, which also is part of how addictive behavior become triggered.

While unhealthy eating was thought to involve the desire to eat and then a motor plan to enact the behavior, this study is showing there is more to it than that. Instead of just focusing on minimizing the desire to eat a specific food, there needs to be a new intervention that looks at the somamotor simulation of eating that follows from the desire to eat. If more interventions focus on this, then it could be more useful, especially in the adolescent demographic than just using the old suppression treatment to stay healthy. We have all known that television commercials tend to target teenagers and the younger demographic, but this is the first study to show that there is a simulation response that starts in younger people and leads them through years of fake diets and false weight-loss hopes. We need to begin looking at controlling the somamotor behaviors during the food commercials in order to help adolescents control their food urges.