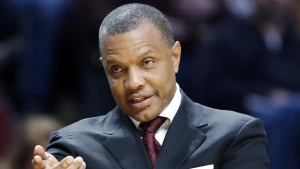 A member of the Golden State Warriors will be with a different team next season, associate head coach Alvin Gentry has agreed to coach the New Orleans Pelicans, according to league sources.

Gentry agreed to coach them late Saturday, with the Pelicans picking him over Jeff Van Gundy. ESPN sources say the coach will finish the playoffs with the Warriors before going over to New Orleans.

His news conference introduction to the team will most likely be after the Finals. Gentry has been a huge part of the Warriors’ success. He is known for being able to draw up a shot for any player.

In his new team, he will have Anthony Davis, the 22-year-old, two-time All-Star who averaged 24.4 points, 10.2 rebounds and 2.9 blocks per game this season. He led the Pelicans to the 8th seed and a playoff matchup against the Warriors.

The Pelicans say they hired the coach because he gives them more pace in the offense. New Orleans was one of the last teams in pace last season. They could’ve added former Bulls coach, Tom Thibodeau, but they went for less defense and more pace and 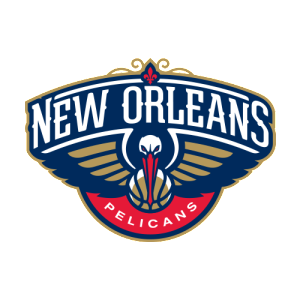 The coach before him, Monty Williams, helped the team reach the playoffs with a 45-37 record but that wasn’t enough for him to save his job.

Gentry and Van Gundy were the two favorites with two interviews each, but USA Today reported earlier today that the team also interviewed Iowa State coach Fred Hoiberg, who is close to joining the Bulls, and Sam Mitchell and Vinny Del Negro.

The choice makes it clear that the Pelicans want the offensive creativity he had back in Phoenix and this year’s Warriors. Some say he was the favorite for the job from the start. The team ignored the fact that the Warriors did not have the best defense this season and went for a better offense.

Gentry, who reportedly had at least two interviews with the team, replaces Williams, who was 173-221 before being fired earlier this month. Star forward Anthony Davis had a strong relationship with Williams, calling him “a great coach” and, a day after New Orleans’ season ended, said “the whole team loves him.”

The hiring is the first by Pelicans general manager Dell Demps, who joined the franchise right after Williams agreed to coach them in 2010, when the club was under different ownership.

He will be the sixth head coach in New Orleans franchise history.

Gentry has a lot of experience in this position, with 12 NBA seasons in his resume. He has only finished at .500 or better in four. He has led teams to the playoffs two times, the 1999 Pistons and 2010 Suns. His best run was with Phoenix, where he reached the Western Conference finals and lost in six games to the Los Angeles Lakers.

He joined the Golden State Warriors a year ago, when Steve Kerr picked him as his new associate head coach and offensive coordinator. The two know each other well, Kerr was the general manager in Phoenix. The new Pelicans coach did not attend Warriors’ practices Friday and Saturday, likely because he was in negotiations with the New Orleans team.

Warriors head coach Kerr was asked about him on Saturday, he said his affable personality had been missed. “It seems so quiet,” Kerr said.

Is he the ideal coach for the Pelicans?

May 28, 2020
France's Prime Minister Edouard Philippe has announced plans to reopen restaurants and bars. The move will be done nationally with the monitoring of some...