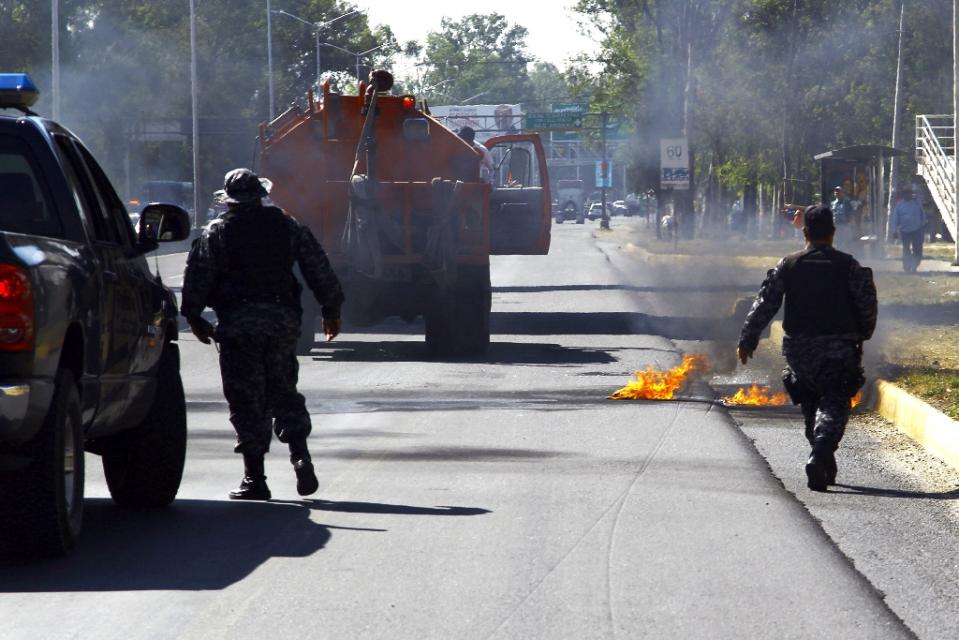 A drug cartel that went on a spree of attacks in the western Mexican state of Jalisco used a rocket propelled grenade to bring down a military helicopter, a security official said Monday.

National Security Commissioner Monte Alejandro Rubido told the Televisa network that the deadly attack showed the Jalisco New Generation cartel is armed with dangerous weapons and is a serious threat. Before details were revealed, the government had only said that the helicopter was brought down by the group but they didn’t know what they had used.

Later, in an interview with Radio Formula, Rubido said “it is the first time that they’ve shot this kind of helicopter.”

This comes to no surprise, authorities know that these cartels are armed just as good or better than them. “Very likely they (criminal organizations) have already tried to use them against helicopters,” said Alejandro Hope, a security expert and former official from Mexico’s intelligence service. “What’s new is that now they did it.”

In the failed operation to capture the leaders and members, at least 15 people were killed and 19 injured in a series of attacks in Jalisco on Friday, during which 11 banks and 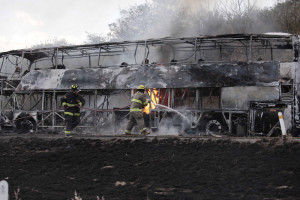 five gas stations were burned. Jalisco is known as one of the most dangerous areas of the country.

When the cartel saw the military coming to the area, they immediately blocked roads with trucks and fired at them. The shootout turned into a war zone as the cartel reacted by burning nearby buildings and vehicles.

Rubido also confirmed that three soldiers reported missing were found dead. With this confirmation, the number of people dead in the rocket attack is now six. A state police officer was also killed in a separate incident. Authorities took out eight gunmen according to Rubido.

The helicopter was forced to make an emergency landing after it was fired upon by gunmen who were alerted of their presence, according to authorities. The helicopter, which carried 18 people, was participating in the start of “Operation Jalisco,” an operation designed to catch some of the members and leaders of the deadly group. Things didn’t go so well and the cartel was ready to create chaos after the authorities showed up.

Last month, the cartel killed 15 officers when they ambushed a convoy. The attack is the deadliest in the country when it comes to authorities.

The targeted cartel has become really powerful in the area after rivals like the Knights Templar and Zetas lost some power. The group was created from another gang and later served other factions. They started their own reign of terror after their leader died in a federal operation five years ago.

Since they began working independently, they’ve been committing all kinds of crimes around the state and the U.S. State department considers it one of Mexico’s most powerful drug trafficking cartels.

After the interruption of the operation by the deaths of the soldiers and officers, nineteen people were arrested, but none were identified as the leader.

A few days ago, the president said they would prioritize these areas and try to slow down the violence but it doesn’t seem to be working. What will they try now?