Russian rocket booster Soyuz has unforeseen issues that delay the return of astronaut from ISS for another month. 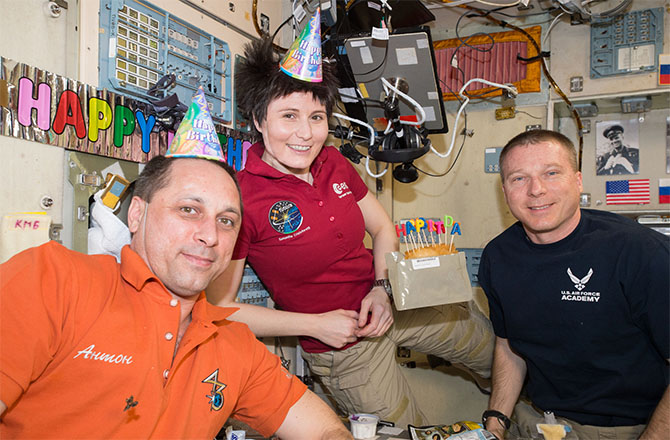 Three crew members on the International Space Station are temporarily stuck as Russian engineers determine whether their Soyuz rocket is safe for human transportation.

Last week, a Russian cargo ship, Progress, fell to earth after its Soyuz rocket separated early, sending the capsule to a lower altitude than desired. The space ship carried more than three tons of food, fuel, water, and science experiments for the crew on the International Space Station.

The Russian space agency, Roscosmos, is concerned that the defect that affected Progress could happen again, but this time with humans on board. The engineers are looking into a potential problem with the system that pressurizes the third-stage motor’s fuel tanks.

Vladimir Solovyov, head of Roscosmos, explained that three of the six-person crew had been scheduled to return this week, but had been informed that there would be delays. The crew “accepted it with understanding and agreed to work an extra month or so in orbit,” Solovyov said.

The Soyuz rocket booster is used for both the Soyuz spacecraft for carrying people, as well as the unmanned Progress spaceship that is used for supplies. While the rocket booster has been a workhorse for the Russian space agency for two decades, manufacturing defects have caused a string of problems recently.

Terry Virts, Samatha Cristoforetti, and Anton Shkaplerov were slated to return on Wednesday. The trio have been in orbit since November.

Daniel Heppner
My big interests are photography, IT, and electronics. I like to get out the soldering iron and build things for my house that light up. I've traveled around the world taking pictures and consider the viewfinder an extension of my eyeball. I build computers for myself and friends for fun, and have experience with software programming. I have experience programming underwater robots for robotics competitions, as well as wiring up the circuitry for them.
RELATED ARTICLES
Science