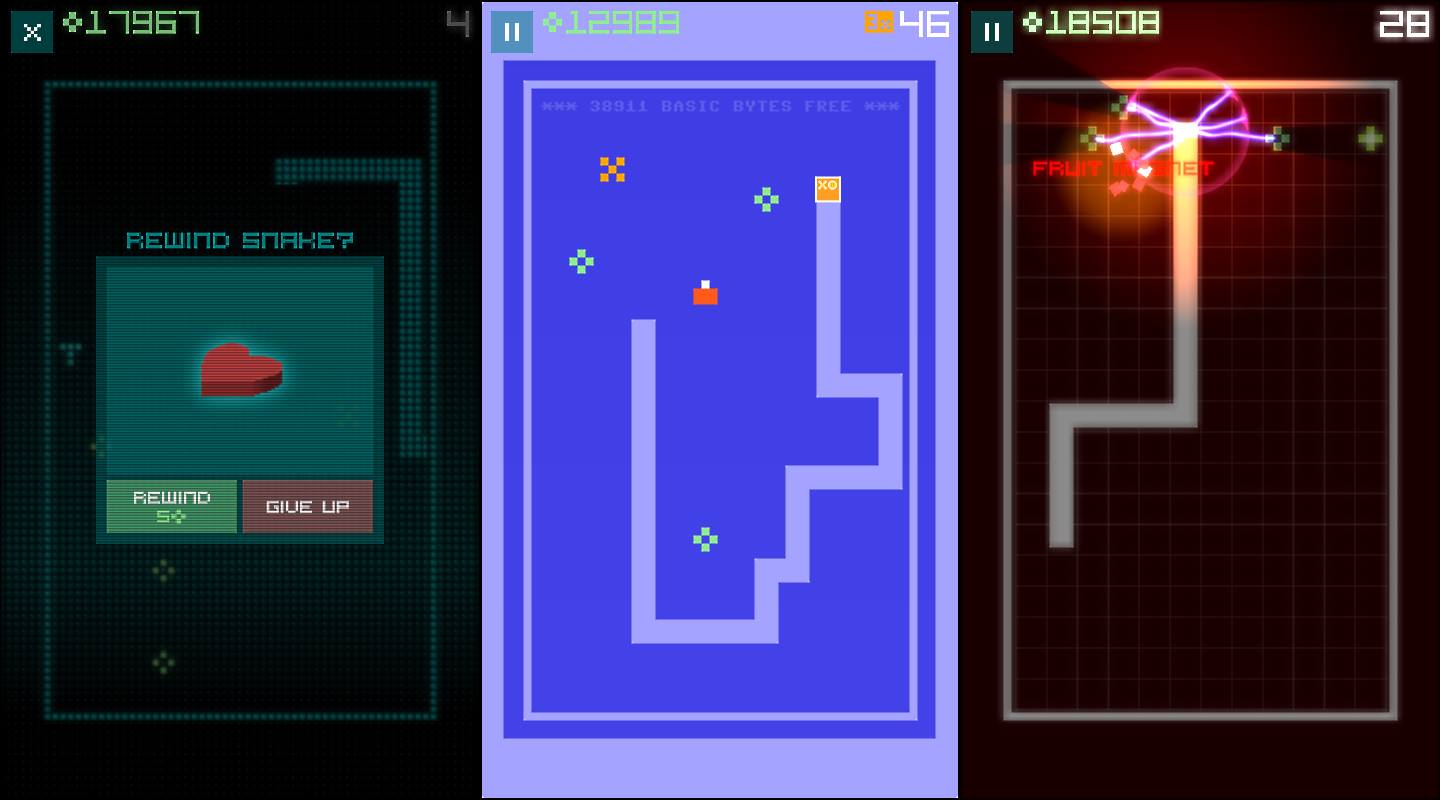 About 20 years ago, a small little cell phone game hit the market and blew up, and this little game was called Snake. Snake was released in 1997 on cell phones, which back then it was just a fruit collecting game with a dot to represent the fruit. You might have found Snake back in 1997 on the old Nokia phones that were large and did not have much to offer, but people really loved this game. You would have to collect these dots and get power ups in order to get a high score. Now, the creator of Snake, Taneli Armanto, has decided to create a sequel to the much loved old cell phone game.

Armanto and Rumilus Design are teaming up together to create a sequel to Snake, which will be known as Snake Rewind. There will be a lot more to this game than just collecting the fruit in the form of a dot, but it will take a lot of the old creative elements of the original game to bring it to a new audience. Snake Rewind will have visual effects, sounds, and new innovative features, but still maintain the integrity of the original Snake game. Snake Rewind will be available for everyone in terms of the content, so it will be a game that the children can play, and the adults who played the original game will also enjoy this newly enhanced sequel. There will be a lot of new challenging goals and various discoveries you will have to make in this game, which will leave you with a long-lasting impression and give you hours of enjoyment.

In Snake, you would die and the game would be over if you crashed into the wall, but not in Snake Rewind. In Snake Rewind, you will be able to rewind the snake when you crash, which means you will continue on your way without having to start the game over. There will be various power ups in Snake Rewind, such as a Score Multiplier, Trailblazer, and a Fruit Magnet. To take advantage of the new technology, Snake Rewind will also have a “Fruit Store” which is where you can buy boosters and other items through the in-app purchasing option. These items will also be able to be upgraded throughout the game, which means you will be able to use the same items throughout the game. There will be 10 different levels with music and visuals that can be unlocked through challenge missions, and you can compete with other people online to see who gets the highest score.