University of Michigan Will Soon Open Space For Self Driving Cars 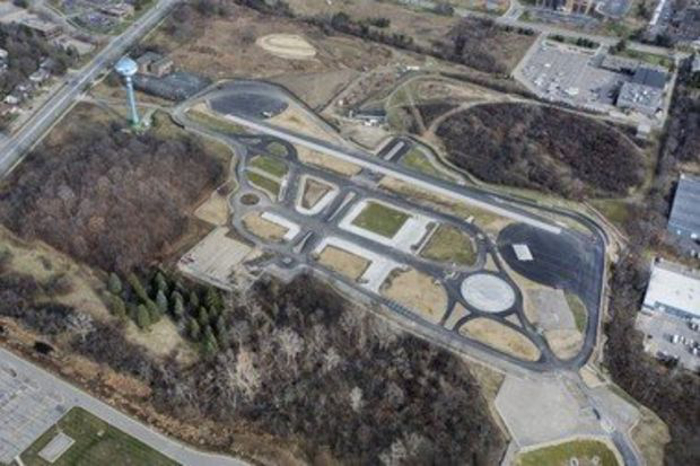 It looks like the University of Michigan is in on another innovative project. 32 acres of their land will be used to test and develop self-driving and connected cars.

As Google, Tesla, Apple and Uber keep making advancements with their own projects, the university is becoming an important piece for all the Ford, Toyota, Nissan, Honda and General Motors biggest innovations. “There’s a real risk that the auto industry’s center of gravity could shift to the West Coast, so we must use the resources we already have here,” said Jay Ellis, director of the Michigan Translational Research and Commercialization program at U-M.

Students and experts with majors that involve technology will be in charge of testing the vehicles and making improvements, to see how they perform in real world conditions. The testing will be a little different from Google, because they do it on the streets of northern California, and the university will do it in a simulated environment called M City. This will make it a little safer for the students learning and testing them.

The testing is set to begin in late July, in a 4.2 mile area with intersections, multiple lanes, road signs, sidewalks, streetlights, parked cars, pedestrians. and even bus stops.

This new addition will mainly benefit engineering students, who will play a key part in improving and changing the world’s transportation options. “The site was selected specifically to ensure access to students,” said Jim Sayer of the U-M Transportation Research Institute and one of people that helped this project get started. “We could have moved farther away, but it would have dramatically reduced the amount of student engagement.”

The site’s purpose is to simulate scenarios and all kinds of things the vehicles go through everyday .”We firmly believe that autonomous transportation can’t function effectively in the long-term without connected vehicle technology,” said Sayer.

M City didn’t come out of the blue, it is part of UMTRI’s Mobility Transformation Center, the latest addition in a $100 million, eight year agreement with the companies. The university will only have to pay 25% of that, the remainder will come from the U.S. Department of Transportation, Michigan and various corporations. The goal of all this is to make Michigan a top place for vehicle technology and autonomous transportation by 2021. 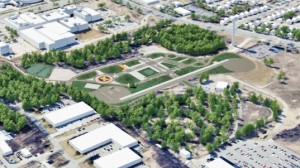 The university began its research three years ago, with around 2,800 vehicles travelling around the North Campus area. That part of the research was called the Safety Pilot Model Deployment. The data registered by these vehicles was then sent to them and it was shared with federal safety regulators as they monitor the testing of these self driving cars. “Connected technology is a wireless means of communicating information not only between vehicles, but between vehicles and the infrastructure that ultimately between all road users, including pedestrians, bicyclists,” Sayer said.

Days ago, a Free Press reporter and photographer got to ride in a van following a Honda Civic on North Campus in Ann Arbor. The van and the Civic were equipped with all the sensors and cameras to make the process happen.

The reporter got to see how safe these vehicles were, by making the Civic hit the brakes, this made the van display a warning sign along with a beeping alert. The alerts got stronger as the vehicle got closer to the car in front.

Expanding With The Help Of Various Companies

UMTRI is now taking the project to bigger dimensions to cover all of Ann Arbor and have 9,000 vehicles. The technology is called Dedicated Short-Range Communication (DSRC) and it doesn’t require them to use the latest car models.

All of the vehicles there have cameras and sensors that connect them to transponders in the testing area. These transponders will soon be in a lot of streetlights around the area. I-96 and I-696 between Brighton and St. Clair Shores will be the first to have them. More will be added in the next two years and the population of these vehicles is estimated to grow to 20,000 by then.

The university is working with GM, Ford, Honda, Nissan and Toyota. They also have suppliers like Denso, Delphi and Robert Bosch. There are others like Xerox, Verizon, State Farm, Qualcomm, Iteris and Econolite. All of these companies have access to the research being done at M City because they’re in the agreement.

With companies like Google, Tesla and Apple all getting in on the self driving vehicle business, Michigan and its 32 acres of vehicle testing will be a place for new ideas and new transportation options. “We don’t need to be Silicon Valley, but we do need to foster these fresh ideas and show students that they’re working on something really important,” said U-M’s Ellis. “When we talk about the next generation of mobility, some of it will come from the automakers, but some of it will come from people who strike out on their own.”