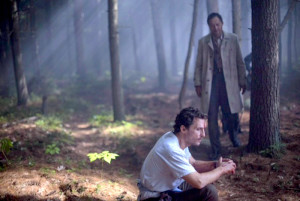 Gus Van Sant’s Cannes competition entry, The Sea Of Trees, starring Matthew McConaughey and Naomi Watts, had two press screenings tonight before its debut Saturday night and things did not go well. The film was booed during the credits by part of the audience.

This isn’t the first time it happens, the Cannes Film Festival has a long history of audiences booing. They usually do it when a film doesn’t meet their expectations. The discontent doesn’t help Naomi Watts either, two years ago she was heavily criticized for her role as the late Diana, Princess of Wales.

Pete Hammond, columnist for Deadline, explained: ‘In my experience in 15 years of covering this festival, [booing] has never occurred during an actual black tie premiere with the film-makers and cast present. Never. Even for the worst films imaginable they usually stand and applaud politely.’

He did say he found it surprising, because he actually enjoyed the film and saw no negative reactions while it was being played. But Scott Foundas, chief film critic for Variety, tweeted: ‘If Gus Van Sant’s filmography can be divided, Scorsese-style, into “one for me, one for them,” SEA OF TREES is one for nobody.’ He added to his previous tweet by posting: ‘SEA OF TREES: Dimestore mysticism of a highly maudlin and unpleasant order, passionately and deservedly booed.’

The film, which also features Ken Watanabe, is a story about an American man who travels to the “Suicide Forest” (Aokigahara forest) to kill himself at the base of Mount Fuji 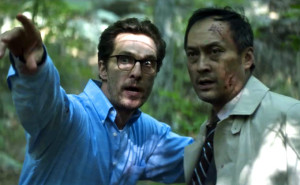 in Japan, the site of numerous suicides. There he encounters a Japanese man, who wants to kill himself as well and then both men begin a journey of self-reflection and survival. The film was announced December 5, 2013 with Gus Van Sant directing it. On February 4, 2014, Matthew McConaughey joined the cast of the film for the lead role. A month later, it was announced that Ken Kao would finance the film through his banner Waypoint Entertainment. Two days after the announcement of the financing, Naomi Watts joined the cast. The suicide dramas budget is said to be around $25–$28 million. Days later, production started but not all was going to be done in Japan. “My latest feelings is to try to shoot in Japan, if it’s too difficult, we would probably go to the northwest in the States, where the land is very similar.”

The principal photography of the film began on July 28, 2014, in Foxborough, Massachusetts. The crews had to work hard as they filmed deep in the woods in the F. Gilbert Hills State Forest. Publicist Gregg Brilliant said, “The film makers looked at about half a dozen places around the country. The story takes place in Japan and the Northeast United States, and we chose Massachusetts. It’s a beautiful location.”

The film was then finished in Japan after being done mostly in Massachusetts.

Back in 2013, Naomi appeared in the controversial Diana movie and a year after its release, admitted to Harper’s Bazaar that she regretted signing on for the lead role. ‘I got seduced by the fantastic character. Diana did a lot of things that had positive and negative results. She was multifaceted. ‘But ultimately there were problems [with the film] and it ended up taking a direction that was not the one I was hoping for.’

The famous actress did say that she doesn’t completely regret doing the controversial film as she knew that it would be a challenge.

Wife Forces Husband To Sell PS5 After Discovering It Was Not...

Dec 2, 2020
The PlayStation 5 has a unique design that sparked all kinds of memes when it was first unveiled. Some compared it to routers while...