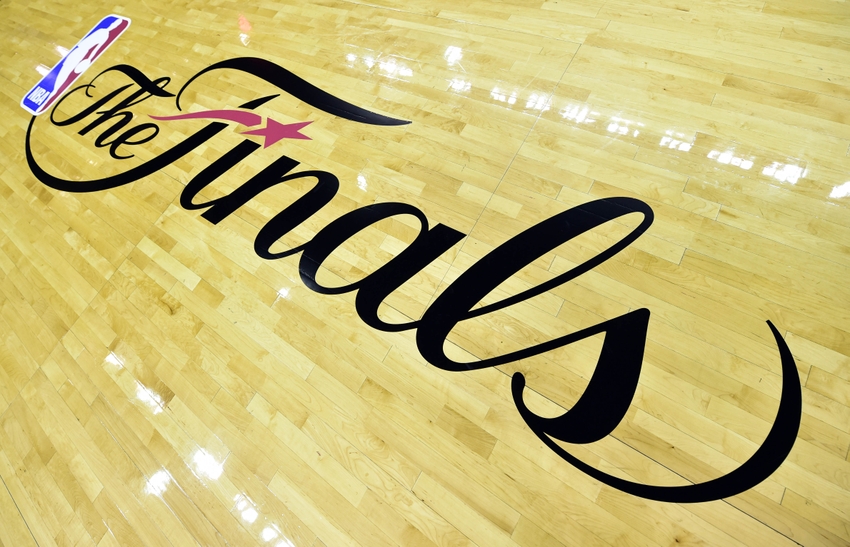 After years of struggles and watching West teams win it all, the Golden State Warriors have finally reached the NBA Finals.

Star point guard Stephen Curry had 26 points and eight rebounds, Harrison Barnes was clutch late in the game and ended with 24 points, and the Warriors advanced to face the Cavaliers with a 104-90 victory over the Houston Rockets on Wednesday night.

“Why not us?” Curry said to a hyped crowd after receiving the conference finals trophy from the coach of the 1975 Warriors, who took the title that year.

The Warriors bounced back from a bad Game 4 to finish off the Rockets and punched in their ticket to face LeBron James and company. The Finals will begin June 4.

It wasn’t the greatest showing from the Warriors, but it was enough for them to advance.

After the game, the crowd went crazy and so did the players as the yellow confetti fell. The team shared hugs with the Rockets and celebrated while receiving the trophy. “We deserve to celebrate tonight, but we’ve still got unfinished business and it’s a long time coming for the Bay Area,” Warriors guard Klay Thompson said.

The Rockets came out firing early, but fell short. All five starters scored at least 10 points but turnovers slowed them down the stretch. James Harden, the heart of the Rockets offense, had a really bad game. He set a playoff record with 13 turnovers and scored just 14 points. “Tried to do a little bit too much and turned the ball over and gave them easy baskets in transition,” Harden said. “This isn’t where we wanted to end at. It’s a really good season for us. Next year we want to be better, and we will.”

Curry said he felt great after a fall in Game 4 took him out for part of the game with a bruised head and right side. He wore a protective yellow sleeve for a little over two quarters but decided to take it off after starting 4 for 12 on shooting.

The team and fans suffered a scare when Ariza accidentally hit Thompson’s head with his knee early in the fourth. He fell to the floor in pain and left to the locker room for a few minutes, he got some stitches on his ear and came back to the bench, but was not subbed in for the rest of the game.

He could’ve played but the Warriors had the game in the bag with a 13-4 run that sealed the game with a few minutes left. Barnes was the run starter with a dunk that gave them a 15 point lead with 7:10 remaining. He then hit several shots that made the crowd go wild.

Now the new MVP will have to face a four time MVP, who has appeared in five straight finals

This should be a good matchup between two of the best players in the NBA. The hype has already started and the two will begin the seven game series at Oracle Arena. 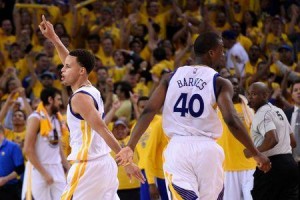 The Warriors are already favorites in Las Vegas. The men in yellow and blue cruised through the regular season with 67 wins and the number one seed. They did the same in playoffs, easily beating the Pelicans, Grizzlies and Rockets. They are six point favorites in Game 1.

First year coach Kerr has picked up the pieces and put them back together after the firing of Mark Jackson.

“I always think of Pat Riley’s great quote when you’re coaching in the NBA, `There’s winning and there’s misery.’ And he’s right,” Kerr said. “It’s more than relief. It’s joy. Our players are feeling it. I know our fans are.”

Jackson was near the action, he watched the Warriors celebration from the ESPN table at center court and said he was proud.

Who do you have winning the NBA Finals?