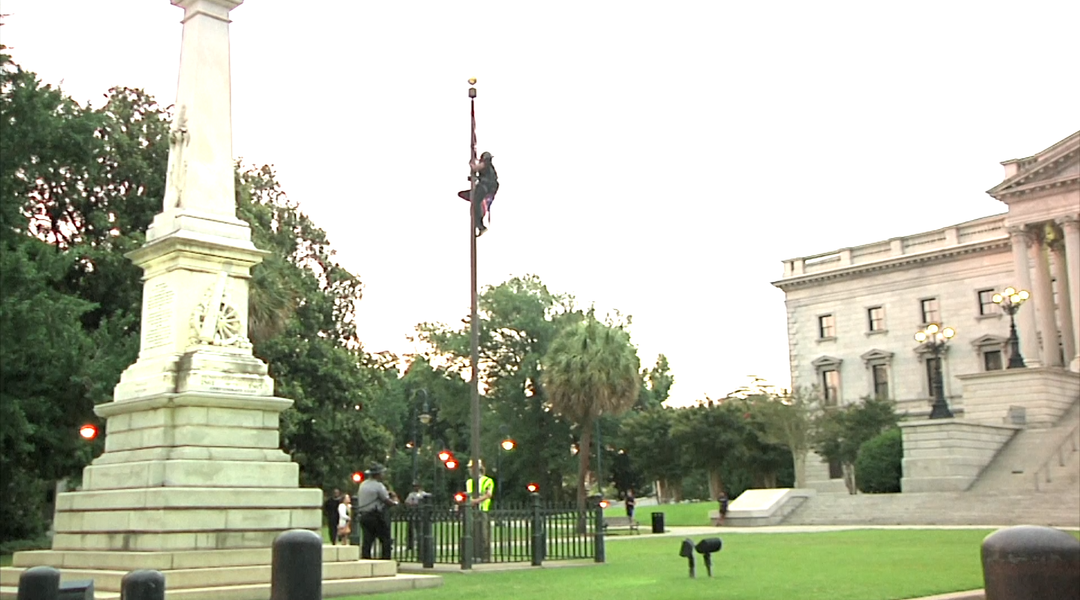 This Saturday morning, Brittany “Bree” Newsome took a visit to the South Carolina State Capitol in Columbia with one goal in mind. Equipped with hiking gear, she began climbing the flagpole and took down the Confederate battle flag. With her was another activist, James Tyson, dressed in a bright traffic safety vest.

Shortly after, Newsome was arrested by State Capitol officers and taken away in handcuffs. At this time she also became a trending topic on Twitter(NYSE:TWTR), a national hero, and the concern of a fundraiser online.

The two 30 year old activists were charged with misdemeanor and defacing a monument according to the South Carolina Department of Public Safety. A new flag was raised in around an hour as well.

Newsome’s courageous acts did not go unheard, and it caught the eyes of various figures such as Filmmaker Michael Moore and movement group ColorofChange. Moore had offered to pay the bail, as well as all legal fees that Newsome would face. ColorofChange also set up a petition to drop all charges on the activist. Other celebrities had also shared pictures of the incident and cheered Newsome on. #FreeBree became a trending topic on Twitter with 229,000 tweets and surpassing the the topic #LoveWins for the day.

This is not the first time the Confederate battle flag has raised commotion. In 1962 the Confederate flag was raised over the State House commemorating the 100th year anniversary of the war. However, during this time period, the civil rights movements was taking gaining support. The flag stayed in its place for almost 40 years, until it was later replaced next to a monument of a soldier.

Opponents of the Confederate flag were still not content with this compromise. Their efforts were not enough however to completely remove the flag.

This quickly changed on June 17, when nine African American people who met at the Emanuel African Methodist Episcopal Church were murdered. The shooter’s motives for the attack were made evident when a racist document was found on a website. Along with it were 60 photos of Dylan Roof, with multiple pictures of him promoting the Confederate flag.

Newsome commented on a group #BlackLivesMatter by saying “It’s time for a new chapter where we are sincere about dismantling white supremacy and building toward true racial justice and equality.”

“We can’t continue like this another day”. she later said.