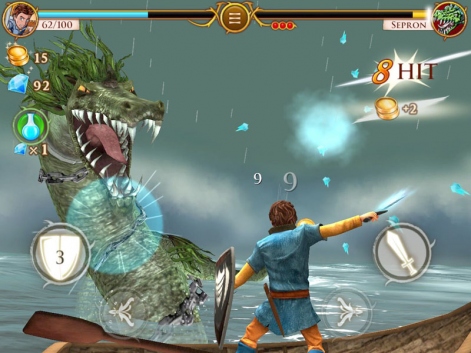 Beast Quest, which is a free-to-play mobile game by Miniclip, has become so popular that the books the mobile game is based off of is also seeing a huge spike in downloads and sales. The books, which are made for game-literate children, have comparable quests and challenges to what you would find in a mobile or virtual world. 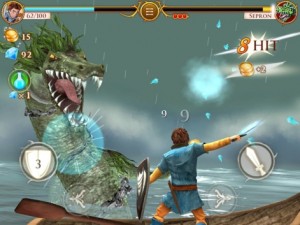 The mobile game Beast Quest has seen 2.8 million downloads globally since it launched nearly one month ago. The first book in the series has since moved up 50,000 places on the Amazon book charts, which is something not really before seen in a mobile and interactive market. Typically, the adaptations of the books are what most often sees the biggest revenue bumps, but this time, the book is actually getting quite the boost from the mobile adaptation of it.

Naomi Date, the Head of Digital at Coolabi Group and the firm responsible for Beast Quest as a brand said that “ We put our faith in Miniclip to help us bring Beast Quest to life digitally and they have taken it to a whole new level, delivering something above and way beyond our expectations.”

When you think of reading, you often don’t think of gaming as a huge part of reading, which is what is setting these books apart from other types of books. Children love these books because not only are you reading, you are almost playing in an interactive virtual world, so this is something children of the mobile generation can relate to in terms of imagination and appeal. It is likely that a lot of children and parents did not know about the Beast Quest books, which the mobile gaming is based off of. It is also possible that most children were hesitant to get into the books because they weren’t sure how good the storyline was, but then they played the mobile game and realized there is a really good story going on. Whatever the reason for the boost is, it looks like Beast Quest is now turning into the new hot trend for children, both the mobile game and the books.

The best part about this is that people from all over the world have been downloading and playing the mobile game, and now are also picking up the books to read. Which means this is not just an American thing or something American children can have fun with or relate to, the children’s book series is something that is captivating the hearts and minds of children from many different countries. Another great part about this is that you don’t have to read the books first to be able to understand and get involved in the game, so even if you have already played the game you can go back and read the books to play even more challenges and quests. In terms of parenting, Beast Quest the mobile is based off of the children’s books, so it’s something parents can check out before they buy it, and it’s also something they can feel safe in knowing it was geared towards children to begin with.