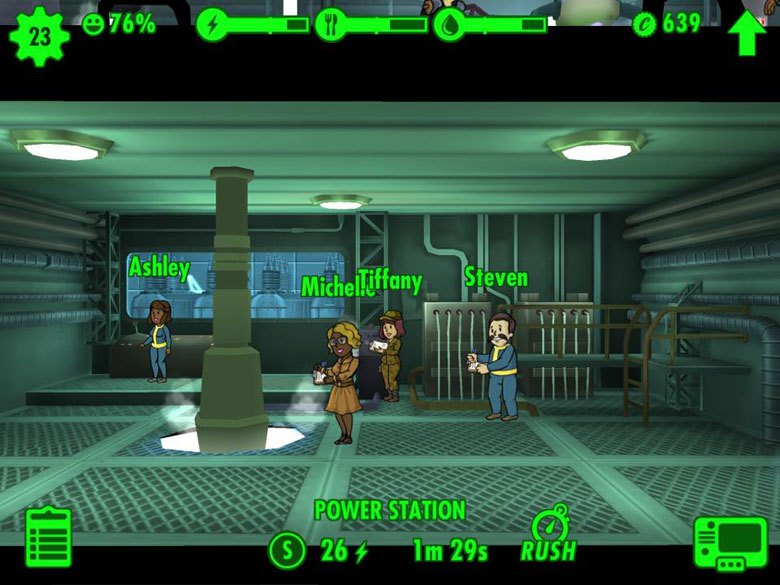 Fallout Shelter is a free-to-play iOS game developed by Bethesda, which is the company behind the popular Fallout Series. While everyone might be hyped up for the new Fallout 4 game that was announced at E3, Fallout Shelter is quite the post-apocalyptic game, with a lot of missions and quests you need to do, and it’s one of those games that is different from the rest of the games in that field. If you are looking for some of the best Fallout Shelter cheats and tips, then here is a guide that should help you live your life as an overseer of the Vault and help you grow and expand your world. 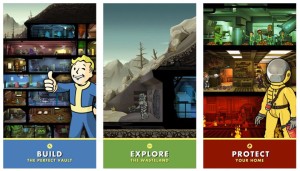 Strengthen Vault Door– As soon as you get the opportunity, you need to strengthen the Vault door, and this is done through bottle caps. Raiders might come in that could end up killing all of your Dwellers and stop your work, so you want to keep your Vault door as strong as possible to keep these people out. You want to keep your armed Dwellers just inside the buildings near the Vault entrance, which can also ensure the weaker Dwellers are not taken out by any enemies who are trying to get to the Vault. While it might not seem like a big deal in the beginning, the more items you acquire and obtain, the more you will want to make sure the Vault door is strong to protect not only your population, but your special and expensive items too.

Use Dwellers In The Right Places- When you are playing Fallout Shelter, you want to remember that each of the Dwellers has a specific trait, which then helps them with certain tasks. The traits are Charisma, Strength, Agility, Perception, Intelligence, and Luck. Before you buy a building, you will be able to see the trait that goes with it, and you can move your Dweller over to the building to see if they would be useful for that area. There will be a green number above your Dweller when he or she is next to the building, and this number shows you whether they are good for that building or not. This helps you put your Dwellers in the right spots so that they are being used for in the best ways possible. If you have a diner for example, then you want the Agility-based Dweller.

Revive Dead Dwellers- If you did not know this when playing Fallout Shelter, you can revive your dead Dwellers. Yes, it is likely one of your Dwellers will die eventually, either through Raiders or exploring accidents. You can use the bottle caps to revive the dead Dwellers, but you need to know that prioritizing the dead is very important. You want to always revive the exploring Dwellers along with the strong Dwellers before you revive the weak Dwellers. Basically, the Dwellers that are the most useful and valuable to you come before the weak Dwellers who serve no real purpose.

Know How Birth Works- Yes, in Fallout Shelter your women can get pregnant, and it’s important to know how this process works. Within 3 or 4 real time hours, the woman Dweller will give birth, and you need to be patient during this waiting period. You will notice that you do not get extra Dwellers during this time period either, so just be patient and let nature happen. You should also note that the Dwellers with the most Charisma seem to be the ones who get pregnant the easiest, which goes for both the guy and girl Dwellers. Putting two Charismatic Dwellers in a room together is the best way to get the woman pregnant in this game.

Get a Few Dwellers Pregnant At a Time– On the topic of your Dwellers being pregnant, you should also make sure you get a few of the Dwellers pregnant at the same time. This will help your population grow quicker, but there are a few issues when it comes to pregnant Dwellers. The pregnant Dwellers cannot handle disasters, so you need to make sure that you are aware in case a disaster happens. The resource production should also be watched and increased because obviously, having more children around will result in resources being used at a quicker rate. While you are waiting the 3 or 4 hours for the children to be born, you can be building up resources, which will be enough to sustain the new life entering into your area.

Baby Dwellers Can’t Work- As we talk about giving birth, it’s important to realize that even in Fallout Shelter, your babies cannot work. You will be able to name the babies though, so it’s pretty neat to go through the process and name the little Dweller. You will be able to see their attributes to see what they will be good at when they get older, which is nice because you can then plan where you will put them once they mature. There is also a meter that you will notice and it tells how close the babies are to adulthood, which does not actually take that long in the post-apocalyptic world, so just chill out and they will grow up soon enough.

Rooms are Unlocked Regularly- When you play Fallout Shelter, you will notice that new rooms become unlocked at certain intervals, and this often happens by increasing the Vault population. You can build elevators to handle the bigger population which will continue the Vault further underground. You can hit large rocks though when you are building and expanding, but no worries because you can spend Caps to help get rid of these rocks. You might not have to expand as soon as you start playing the game, but you will quickly find yourself running out of room, especially if you are getting the Dwellers pregnant at regular intervals.

Know How to Get Weapons and Clothes- You can get weapon and clothes sometimes by obtaining them through the Lunchboxes. You can get these lunchboxes by completing certain achievements in the game, and you can buy them with real money using the radio icon in the corner of the screen. If you don’t want to purchase them with real money, then you can send out your exploring Dwellers to go to the Wasteland, and while this is dangerous, you can get a lot of great things through the Wasteland. All you need to do is get a Dweller and drag them outside of the Vault to send them on the mission. You need to make sure though that you give the Dweller gear and some Radaways. If you look on the upper-left corner, there is a gear icon and this helps you track down what each Dweller is doing. The Dwellers who are out in the Wasteland will have diaries that you can check to see what is going on, and you see this by tapping on the red job button. You can get weapons and clothes for all of your Dwellers by using one of these methods, although it’s always best to avoid paying real money for items, so going through the Wasteland is the best, especially if you have a large population you need to cloth and get weapons for.

Disasters Will Happen– You need to know that while playing Fallout Shelter, no matter how good of a job you do as an overseer, you will have disasters happen. Usually it’s something like a radroach infestation or a fire, and these can spread rapidly if you don’t address them as soon as they happen. The Dwellers in the affected rooms will fight the fires or infestations automatically, unless they are pregnant. The pregnant Dwellers will try to run and seek refuge somewhere else, which then puts them in danger of dying. If the area is unpopulated, then you need to tap and drag some Dwellers into that area to help fight the fire or get rid of the infestation, and then they will go back to normal assignments once the disaster has diminished.