Google’s Project Loon Now Testing At a Base 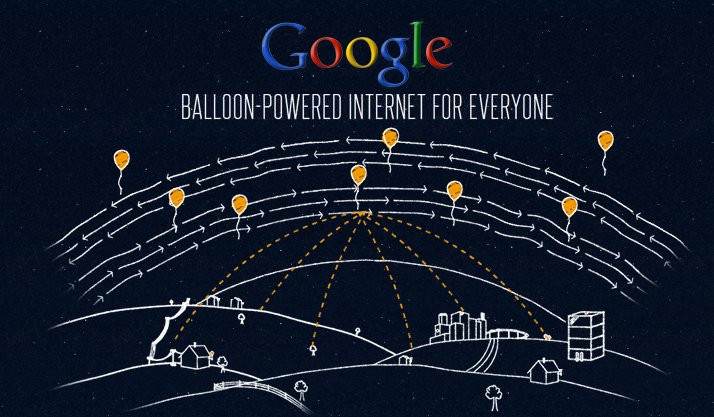 Mahesh Krishnaswamy is in charge of checking out the balloons and making sure nothing is wrong with them.

He is one of the many working on Project Loon, Google’s impressive plan to deliver internet service to remote areas from gigantic balloons floating in the stratosphere. When the company revealed the crazy but innovative project two years ago, these balloons floated for about five days. Now the company is looking to increase their flight time so they can provide internet to the areas in need. Krishnaswamy runs what he calls The Leak Squad, his team uses all kinds of equipment to make sure that there are no tiny leaks in them. They also look for ways to change shipping, manufacturing and handling methods so these leaks don’t happen.

Most of the time, Krishnaswamy  and his team check and test these balloons in one of the most popular blimp hangars at Moffett Field, the old NASA airfield close to the Google X research lab in Mountain View, California. One of the hangars there is big enough to store these balloons and it happens to be close to the company, so what they did was lease the airfield from NASA to have a place to park jets and all the big things Google has.

But he and his team will be in a different place for the two year anniversary of the project. They’ve traveled to Eglin Air Force Base in Valparaiso, Florida. The base is home to a 55,000 square foot hangar where the Air Force simulates extreme conditions like sub-zero temperatures, high-speed winds, rain, and snow as it tests equipment and vehicles. Google will now test these balloons in their base with the conditions they’ll experience up there. “It’s a hangar the size of Moffett—except it can go down to -60 degrees,” says Krishnaswamy. “It’s a giant freezer in Florida.”

These tests will speed up the advancements on Project Loon. Google can now keep these balloons up for months and their set has traveled a total of more than 16 million kilometers. Engineers have flown them to faraway places and they can even connect between each other now.

The project is one of the many looking to provide internet access to remote areas. Facebook is currently doing its own thing with flying drones that can stream internet to earth, while SpaceX is thinking of using satellites. The goal is to provide internet service with ease and at a low cost. But there’s still a lot to be done. 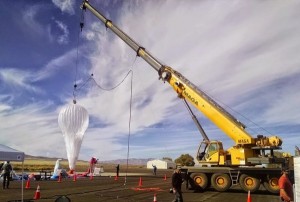 now is because they have managed to reduce leaks. At the base, they’re taking this to a whole new level. “We’ve never been able to look at the balloon in the cold,” Krishnaswamy says. “This allows us to get up close and personal at these temperatures…The idea is to try and get a good understanding of how the materials behave.”

According to Jeremy Straub, a PhD candidate at the University of North Dakota who knows a lot about balloons and other aeronautical equipment, this could be a huge success for the balloons and the internet but there are still some problems that need to be solved, mostly with internet service providers. “There are so many factors that make this difficult,” he says, “especially if you need economies of scale.”

Google is also focusing on the launch of these balloons with cranes, to reduce the amount of people needed to send one up. With the recent creation of the Autolauncher, four people can launch a balloon in 15 minutes. “It simulates the launch process we used with humans, but it does this more automatically,” Project Loon engineering lead Paul Frey says.

What do you think about this project? Let us know in the comments.