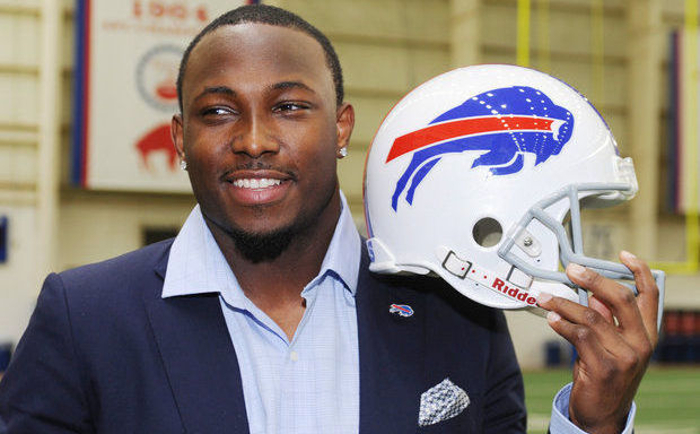 LeSean McCoy had been a little quiet since accusing Philadelphia Eagles coach Chip Kelly of considering players’ race in roster decisions. The star running back broke out of his silence and spoke to the media on Wednesday. He was not happy about the questions being thrown at him and confronted reporters who asked him about his former team and coach.

“I don’t have to explain myself to nobody,” McCoy said when asked to elaborate on his assertions. “Nobody. I don’t. I said what I said, said what I felt at the time and I’m done with that.”

McCoy then said this when asked about the Eagles, “Did you just hear what I just said here?” McCoy asked one reporter. “Then why did you … I just told you, I’m not talking no more about Chip Kelly or the Eagles. So I’m done with that. You can ask me about the Bills.”

But it was not over, another reporter asked about why he hasn’t returned calls from his former coach and he said this, “Yo? Are y’all listening to me? Can I say it any other way? I’m not talking about Chip Kelly or no Eagles. So I’ll be done with this interview if nobody else has anything to say about the Bills.”

McCoy made some controversial comments last month in an interview with the ESPN The Maganize in which he said Kelly was getting rid of all the good black players in the team. He was asked if he regrets those comments and McCoy said no. “I never regret nothing I say. Never. Nothing I do. Never regret it.”

He believes his comments about his former team and coach have not caused a distraction in his new team. “I think Rex has said enough things this year to stir up some things anyway,” he said. “So it makes it a lot of fun. But yeah, I think if it was a distraction, [Ryan] would have called a team meeting and he would have addressed it like he has so far if there’s something going on.”

Kelly has not said much about the subject but did say last week, “I think he’s wrong. We put a lot of time looking into character and factors that go into selection and retention of players. Color’s never been one of them.”

The Eagles coach has tried to contact the star running back and his agent since the comments but has not spoken to him since the trade back in March. The coach says the comments made by the player did not affect him. “It doesn’t hurt me,” Kelly said. “I’m not governed by the fear of what other people say. Events don’t elicit feelings. Beliefs elicit feeling. I understand what my beliefs are and I know how I am.”

Kelly got some support on Wednesday, when Former Eagles running back and current coach for that position talked about the situation. “Chip is not a racist at all,” Staley said Wednesday. “Chip and I work well together. I mean, everybody has their own opinion. I’m not here to talk about [former teammate] Tra [Thomas] or to talk about what McCoy is talking about. I know from my relationship with Chip, that’s definitely far-fetched. We’re all here to do a job, and that’s football, so don’t take a chapter and make it a book.”

Staley, who coached McCoy last season and is still with the team, is the only African American position coach on the Eagles.

McCoy did have some nice things to say about Kelly, calling him “a genius”.

“The type of guy, the coach that Greg is, he does a bunch of different things,” McCoy said. “And that’s sort of reminds you of Chip, with the whole just unique style of getting 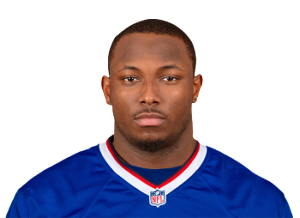 his backs in space. That genius type of thing. No matter what, I feel like he’s a genius and Greg is similar. They find ways to kind of trick the defense and get their backs in a lot of open space. So Greg hopefully has a similarity there, for sure.”

McCoy told ESPN The Magazine last month that he “[has] no hatred toward [Kelly], nothing to say negative about him,” and said it again today. “Yeah, for sure,” McCoy said when asked if he respects Kelly. “As a coach? I can’t say nothing negative about him, as he knows.”