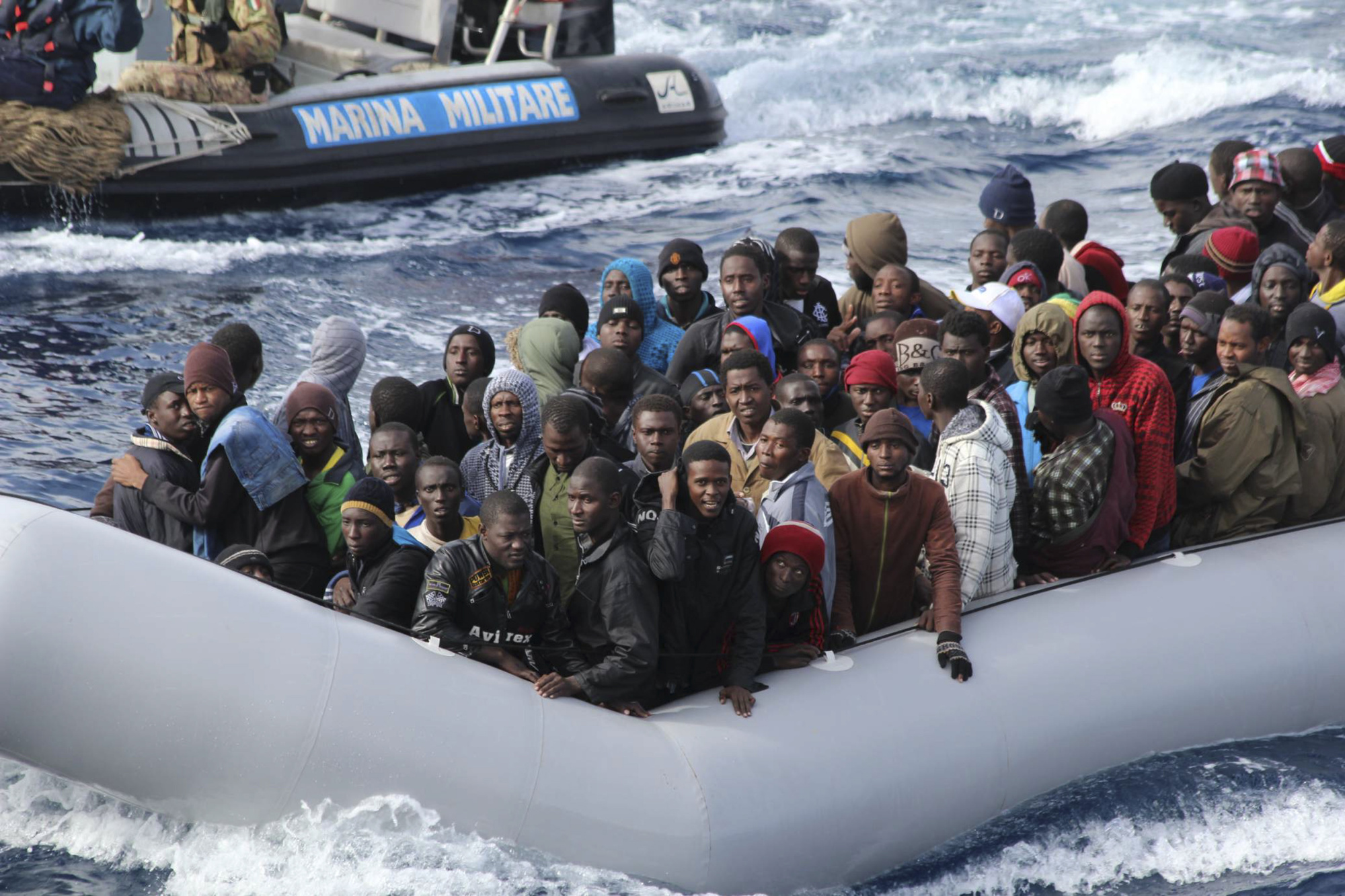 The migrants keep making the dangerous journey to Italy in anything that can float. They’re even more motivated with the calm seas and good weather. Hundreds of ships are coming over from Libya the International Organization for Migration said Sunday.

Rescue teams and other organizations are having a hard time trying to locate the hundreds of migrants out in the sea. Thousands were pulled to safety on Sunday but more keep making the dangerous cross. Federico Soda, a spokesman for the organization told CNN, “The numbers are high, and they are rising.”

He says this because this past Saturday, around 3,500 migrants were rescued. The HMS Bulwark, a British Royal Navy ship, pulled more than 1,000 migrants to safety on Sunday alone, including 10 pregnant women, a spokeswoman for the UK Defence Ministry told CNN.

The rescue effort by the ship is the biggest in its history. The vessel joined the rescue efforts in the Mediterranean on May 5. It has rescued 2,700 since the operation and that number will probably keep rising.

A spokesman for the U.N. refugee agency, UNHCR, said ships from Italy and Spain were also involved in the massive rescue on Sunday. The Italian coast guard has also had its 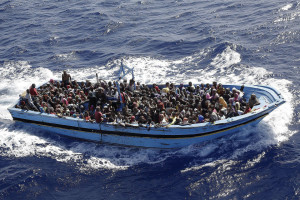 hands full. They have received a total of 14 requests from rafts and small boats needing help. Those are said to be carrying around 1,500 migrants and refugees, according to the UNHCR’s William Spindler.

The coast guard has been able to reach 11 of those ships and they’re still on the search for the other three. Commercial vessels are also being sent to the areas for help, Spindler said.

A spokesman for the Italian coast guard, Andrea Sbalbi, said 10 rescue operations are currently underway, to save those making the dangerous and long journey.

The operation has had some success and two German naval ships helped a lot on Saturday, rescuing thousands of migrants north of the Libyan coast. They were pulled to safety and taken to Sicily. The two German ships in the operation, the Berlin and the Hessen, rescued almost 1,500 migrants.

The ships and their crew will get some rest starting this week and they will be replaced by two others that are already on their way.

More than 12 ships from different countries have joined in. Even a private ship was involved in the rescue operations on Saturday, the Italian coast guard said.

Ian Ruggier, a member of the humanitarian group Migrant Offshore Aid Station, helped with the cause by going on one of the rescue boats.

Some of the ships showed up to the scene with migrants already in them, which was a surprise to some because the operations hadn’t even started. According to Ruggier, one of the vessels that picked up migrants as it was coming to the area was a German ship.

Some couldn’t even take in the amount of migrants in one boat. In one scene, German ships found seven packed boats.

The massive escape won’t be stopping anytime soon. These migrants are coming over from impoverished and conflict torn countries such as Syria, Somalia and Sudan.

Hundreds have tried to get to Europe and lost their lives in the attempt. Last month, hundreds of them died when their boat sank 70 miles north of Libya.

Estimates say that 90,000 refugees have tried to cross to Europe this year. Of that amount, only half have made it. Around 1,850 are said to be dead or missing. Most try to get to Italy, but other places like Greece, Spain and Malta have also gotten a high amount of refugees.

Is there anything these countries can do to stop the thousands of migrants from making the dangerous cross?