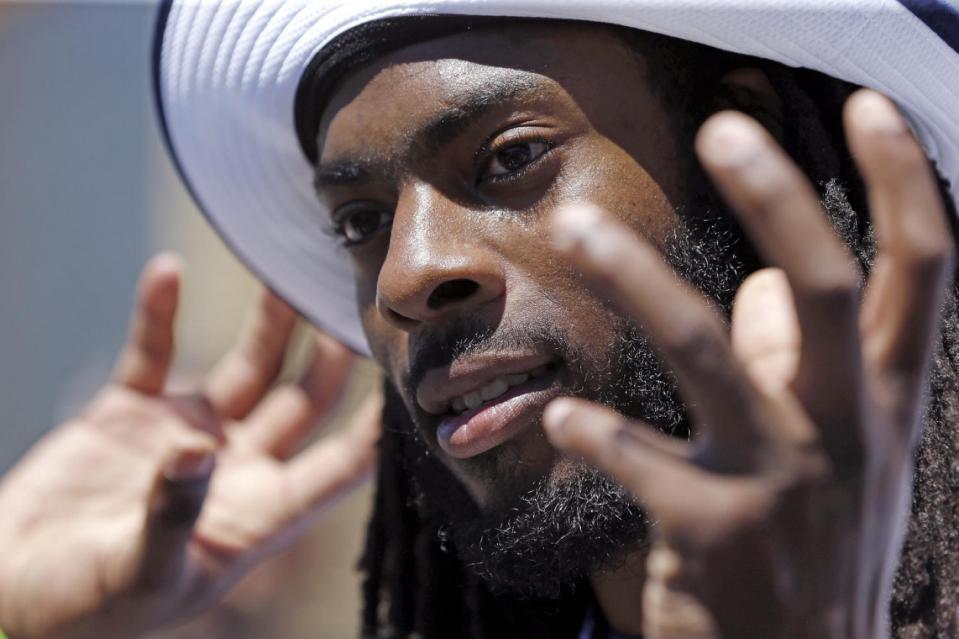 Richard Sherman is almost ready to play and he let the media know after the Seahawks OTA, in which he also fired back at a corner who made some comments about him recently.

He spoke with reporters with no sleeves or anything covering his injured elbow, which he injured in the stunning win against the Packers. ”I’m out there naked. No, I’m not wearing anything,” Sherman said on Tuesday after the Seattle Seahawks wrapped up their organized team activity. ”I’m just (playing) ball. I try not to put it in too many stressful situations, but I pretty much control my game out there and stay out of bad spots.”

The star corner thought he would need Tommy John surgery on the elbow that was injured in the fourth quarter of the NFC Championship game, but after many visits to the doctor, he decided against the surgery.

The outspoken corner said he’s been rehabbing most of the four months since the Super Bowl loss, but has been able to join team activities. Sherman said that if he decided to get the surgery, he would be out of action for up to nine months. ”I was relieved. I knew I would never have to throw a left-hand fastball so there was a chance I could avoid it,” Sherman said. ”I started taking opinions from different players and apparently a lot of O-linemen get the injury and they do just fine with it. I felt confident that I would be able to play without getting the surgery, just rehab.”

Sherman was really affected by the injury in the Super Bowl and couldn’t fully extend his left arm. He was part of a defense that was hit with injuries in the playoffs. Safeties Earl Thomas and Kam Chancellor and cornerbacks Jeremy Lane and Tharold Simon also played through painful injuries for most of the playoffs.’ ‘We didn’t talk about it. It was just one of those things. You look up at the end of the game and you’re like, ‘Wow, we kind of battled through this,”’ he said. ”Obviously losing Jeremy in the first quarter, and he was having a phenomenal game, had an impact. It’s never any excuses for us. We played as hard as we can. Unfortunately, they came out with the victory.”

Sherman also had something to say about the comments made by New York Jets cornerback Antonio Cromartie a few days ago. The Jets player criticized Sherman for 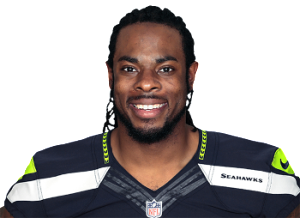 only playing one side of the field. Cromartie made the comments on SiriusXM NFL Radio and said that Sherman cannot be considered the best cornerback in the NFL because he does not cover the best receiver of his opponents. ”Go follow the No. 1 receiver. Follow him around for a whole entire game and let’s see what you can do,” Cromartie said in the interview. ”Darrelle Revis has done that his whole career. I’ve done that. Patrick Peterson has done it. Joe Haden has done it. (Sherman) is the only defensive back that hasn’t.”

Sherman called Cromartie’s comments ”unfortunate,” then said that he only made the Pro Bowl last year because he was forced to withdraw from the event after his team made the Super Bowl. ”I think it’s one of the things that’s just the ignorance of the public. How many great left tackles do you see switching to the right side because there’s a great d-end (switching) to the right side? You don’t see it,” Sherman said. ”Great players stay on their side and do what they’re supposed to do. How many guys have you seen switching from side to side on a No. 1 defense? We’re the No. 1 defense for a reason.”

What do you think about their comments? Who is right?