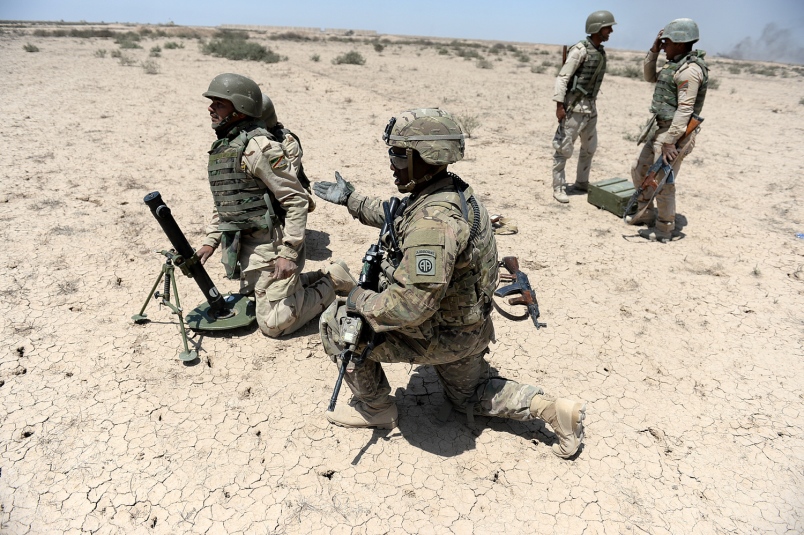 The U.S is not done training Iraqi forces and is preparing a plan to set a new military base in Iraq’s Anbar province. If approved, they will probably send hundreds of trainers and advisers to help Iraqi forces that have had problems fighting in the past against IS.

Barack Obama could end up making the decision as early as today, to help the forces struggling, a source close to the discussions said. This will be his first change of strategy since members of the group took Ramadi a few weeks ago.

Before the new plan came up, many people criticized the number of trainers and advisers they have over there, because they said it won’t make a difference.

Obama is expected to make the decision soon, but will keep his stance on not sending American troops into battle or close by. The president has been against it since the start and will continue to do so. This was confirmed by a few officials, who spoke on condition of anonymity. The increase in trainers and advisers does come with a risk though. Most of these areas are controlled by one or two groups that can turn dangerous.

The plan comes as Obama’s anti-Islamic State policy faces criticism in his own country. The Iraqi forces have not made much progress and have lost areas against the deadly group. It is estimated that the group took control of a third of Iraq in just one year, in a campaign that has left thousands dead and many more missing. 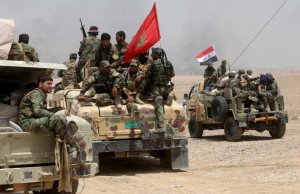 Two days ago, Obama said that his country did not have a “complete strategy” for training the forces to take back the land they lost during these last few months of intense fighting.

Since the retreat of Iraqi forces at Ramadi, Washington has looked for ways to help government forces, and one of them was sending huge amounts of weapons. The other was to improve the program, which is currently being questioned by many.

While the exact number is still not known, one U.S official said that those deployed there will spend their time at a new training base in Anbar. The U.S has already conducted training in other bases nearby.

Many say that the location of the new base will be near the town of Habbaniya. A new base would be a huge addition to the area and would provide support for the small groups that are currently being persecuted there. Many of them don’t have any weapons to defend themselves, something that was promised by the Shi’ite-led government and has not been done. “We are considering a range of options to accelerate the training and equipping of Iraqi security forces in order to support them in taking the fight to ISIL. Those options include sending additional trainers to Iraq,” said Alistair Baskey, a spokesman for the White House National Security Council.

General Martin Dempsey, chairman of the Joint Chiefs of Staff, said during a visit to Jerusalem that there are no plans to send troops to combat zones and that it will remain this way. “We’ve made some recommendations on potential enhancements to the training and equip mission,” Dempsey said.

Dempsey did not reveal numbers. A senior U.S. military official said that the number of trainers and advisers being sent wouldn’t be much.

Spokesman Colonel Steve Warren said the United States is sure that their training has made the forces better and has helped in the conflict. “Because of those observations, we’ve determined that it is better to train more Iraqi security forces and we’re now working through a strategy for how to do that,” Warren said.

At first, the U.S planned to train around 9,000 a year but now that number seems to be growing. As of last week, 8,920 of them have received training in different places and 2,601 more are in the first stages.