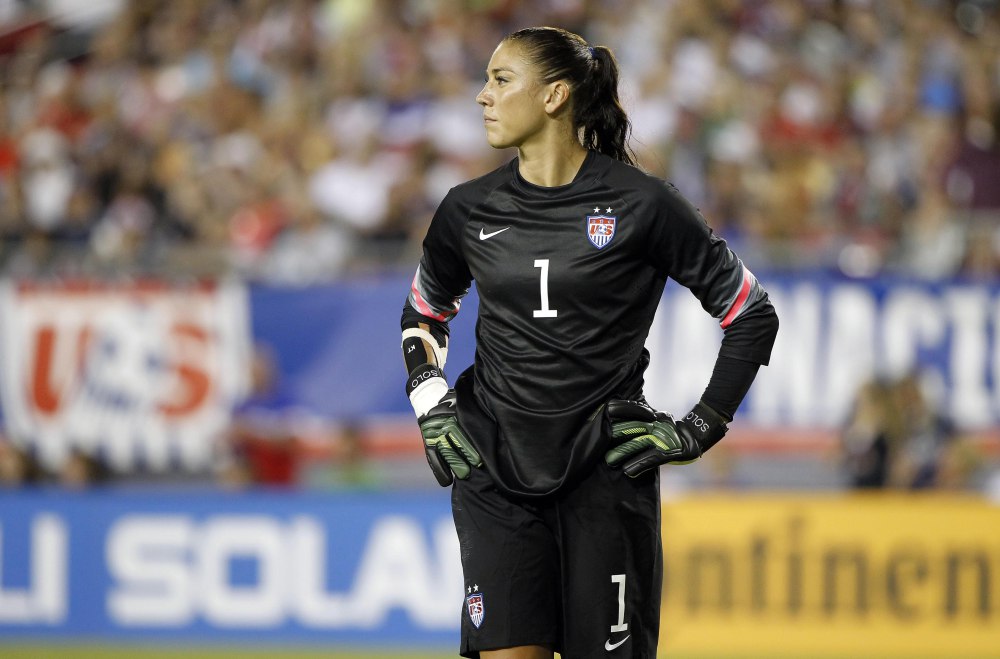 Hope Solo, the star goalkeeper who is currently under fire after new information was revealed on her assault case, was defended by the head of U.S Soccer. The letter, which was sent to U.S. Senator Richard Blumenthal just a few hours ago, defended the handling of her case by the federation.

The star goalkeeper was charged with two misdemeanor counts of fourth-degree domestic violence after an incident last June involving her sister and 17 year old nephew. A judge dismissed the charges earlier this year and she came back to the team. Blumenthal (D-Conn.) was not very happy about all of this and decided to write to U.S. Soccer president Sunil Gulati on Thursday, calling domestic violence “unacceptable, particularly for an athlete representing the United States of America on the global stage.”

Solo is currently starting for the U.S Women’s national team at the World Cup. The U.S got off to a good start, with a win against Australia on Monday but played to a 0-0 draw against Sweden yesterday. Solo did not speak to the media after the game. 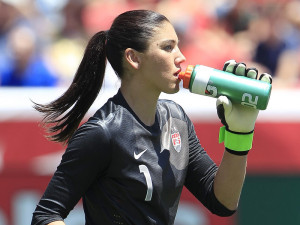 the case but they were slowed down by limited access to information and different versions of the incident. “The federation has been a long-standing leader in the pursuit of gender equity in sport — a role of which we are quite proud,” Gulati wrote. “Accordingly, rest assured that the federation considered domestic and family violence a very serious matter. The federation understands its role and obligation as the national governing body for the sport of soccer and will continue to investigate and address such issues as they arise.”

The Senator’s letter comes just days after ESPN revealed a report that brought up new details on her arrest. The report says that the star goalkeeper was combative with authorities.

The sports channel said the report was based on police records, and talks with one of Solo’s alleged victims. Outside the Lines program was also involved, it helped with two sworn depositions and documents. It said the goalkeeper had been drinking before she arrived to the family meeting and was the aggressor.  Solo’s lawyer, in response to a question from ESPN about the reports, responded with a statement saying: “Police reports and other court documents clearly demonstrate that the alleged victims radically changed their stories on multiple occasions and twice refused to answer questions under oath, despite court orders. Had the case proceeded to trial and the witnesses been cross-examined under oath subject to the penalty of perjury, the defense would have proven that Teresa’s son, not Hope, was the true aggressor, and that Hope suffered a concussion as a result of her nephew’s unlawful conduct.”

Right Before The Game

The shocking report was revealed the day before the U.S team was scheduled to play.

Gulati said U.S. Soccer did not suspend Solo because statements made by the two involved were inconsistent, but he did admit that the federation did not take its time to question other family members at the meeting. His response also says that the new information revealed by the sports channel was something the federation did not have at the time and is completely new to them. He said they’re now looking at the new information.

After the report was released, U.S coach Jill Ellis said the team was not distracted and it would not impact them on the field. “I’ll be honest, we’ve moved on,” Ellis said. “She’s been a fantastic player and teammate. None of that has even resonated with us, and I’m sure many of the players aren’t aware of it.”

Should the federation suspend the goalkeeper if they find convincing information?