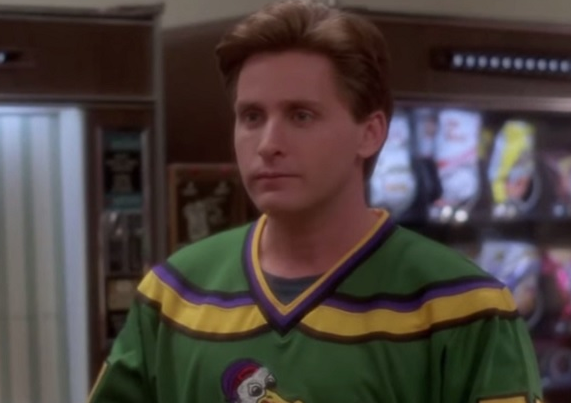 If you grew up in the 90’s, you probably remember Emilio Estevez best as plucky PeeWee hockey coach Gordon Bombay from the Mighty Ducks films. Bombay led the misfit Ducks to victory after victory, after inheriting the team as a punishment for drinking and driving (the 90’s were a very different time for the legal system). Then, in D2: The Mighty Ducks, Bombay brought in new recruits from all over the country and led the team to gold playing against the strangely villainous Icelandic team in the Junior Olympics. In the final movie in the trilogy, D3, he played a less prominent role, appearing only several times in the film and acting as more of a mentor than a coach, leaving most of the work to his now high school aged hockey stars. Yet, as the Ducks skated off into the sunset after D3, the once famous Emilio Estevez left the spotlight with them, and you might be wondering what he’s up to now. 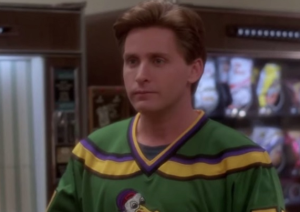 Son of West Wing president Martin Sheen and brother to Hollywood heartthrob and bad boy Charlie Sheen, the rise of Emilio Estevez felt inevitable from an early point in his career. Emilio Estevez became a household name in the 80’s, playing young, oddball characters in classic films like The Outsiders and Repo Man. He was famously a member of the “Brat Pack,” a group of youthful rising A-Listers, appearing alongside other Brat Pack members such as Anthony Michael Hall, Molly Ringwald, and Rob Lowe in the films The Breakfast Club and St. Elmo’s Fire. In the Breakfast Club, Estevez took on his most well-known role, Andy the jock, who couldn’t think for himself, and who was driven to crush all opposition in a misguided attempt to live up to his father’s legacy of athletic domination.

Emilio Estevez continued his run of good-hearted tough guy roles by battling killer trucks as an ex-con in the Stephen King adaptation, Maximum Overdrive. In 1988 and 1990, he “reaped the whirlwind” of violence as the notoriously hot-headed crack shot, Billy the Kid, in the westerns Young Guns and Young Guns II. Estevez then had his first turn of success as a director with the black comedy Men at Work, in which Estevez co-starred with his brother, Charlie Sheen. Estevez and Sheen played slacker-hero garbage men solving a brutal murder and stopping the illegal dumping of toxic waste in their beloved coastal town. Although the film was panned by critics for the lowbrow humor and wacky sight gags, it was a major financial success and has since become a cult classic. Estevez appeared in several other action comedies like Stakeout, Stakeout II, and National Lampoon’s Loaded Weapon, but he struggled to recreate the popularity of his earlier 80’s hits with the Brat Pack.

Estevez attempted to turn his career around by re-inventing himself as the gruff, cynical coach with a heart of gold in 1992’s The Mighty Ducks and its sequels. The Disney family films were major successes for the studio, and they kicked off a wave of family-friendly sports movies like Cool Runnings, Angels in the Outfield, Heavyweights, The Big Green, and Air Bud. Critics were not kind to Coach Gordon Bombay however, and it was the beginning of the end for Estevez’s big screen career. 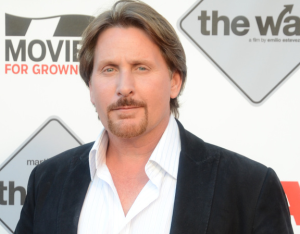 After a string of duds, cameos, and made for TV movies like Late Last Night and Rated X, Emilio Estevez fell off the map for many years. The struggling actor was divorced by the 80’s superstar, Paula Abdul. He found work doing voice acting for several cartoon films, but mostly disappeared from public view, at one point claiming “shyness” as the reason for his rare public appearances. In 2006, Emilio wrote and directed the ensemble historical drama, Bobby, about the assassination of the late Robert Kennedy, and received mixed praise from the world. Since then, Estevez has had a TV cameo or two, including one on his brother Charlie’s show, Two and a Half Men. The once lauded teen star also had a minor triumph directing his father in the thoughtful pilgrimage, The Way, in 2010, a movie about family, death, and acceptance. 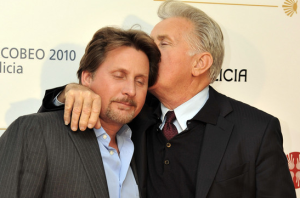 Despite his lack of success as an actor, today Emilio Estevez continues to pursue directing. He is rumored to be in the filming stage of his newest writer and director effort, The Public, a sociopolitical drama based on a true story of the Los Angeles Public Library taking in homeless and mentally ill refugees in the coldest depths of winter. Emilio Estevez remains close to his father, and despite his more successful brother’s struggle with addiction and numerous jokes at Estevez’s expense, has refused to say anything negative about his brother in public. Most recently, Estevez appeared in the public eye rooting for the real life Anaheim Ducks hockey team, playfully live-tweeting their game on twitter in the persona of Coach Gordon Bombay. It remains to be seen whether or not Estevez’s directorial efforts can achieve the same late life resurgence that his father saw portraying President Bartlett on the critically-acclaimed The West Wing, but we’ll never forget the man that made us quack out loud in a crowded theater.