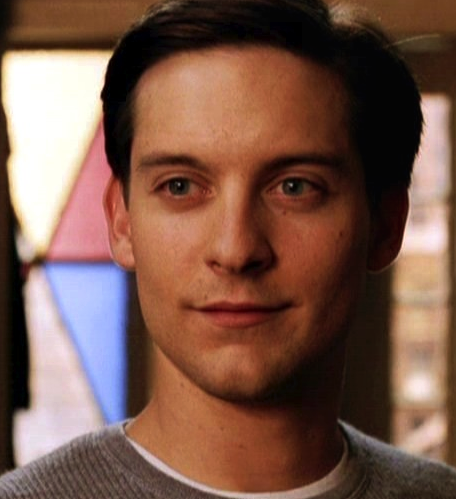 It was 2002. Spider-Man, starring Tobey Maguire as Spider-man himself, hit theaters. The movie was an instant classic; critics raved over the screenplay and acting. Maguire had become a star. He reprised his role for the next two movies in the Spider-Man series, only to see his fame increase. However, once it seemed like he couldn’t get any more famous, his stock started to plateau. In 2012, when Sony rebooted the franchise with The Amazing Spider-Man, a younger actor – Andrew Garfield – replaced him, and five years removed from being on top of the world, Tobey Maguire fell back to where he began. 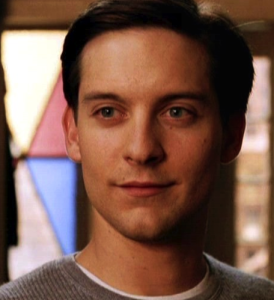 Born on June 27th, 1975, Tobey Maguire was thrown into the world of film before he could even talk. His mother, Wendy Maguire, was a screenwriter and producer. His father was a construction worker; however he divorced Wendy when Tobey turned two. Tobey spent most of his childhood on the move, splitting his time between his two parents, and his other relatives. This made him accustomed to different settings and situations, helping him overcome his stage fright. At first, however, Maguire entertained the idea of becoming a chef; his mother had to pay him $100 to take drama instead of cooking at his school, and it eventually paid off.

Tobey had a hard time dealing with the stress of high school. Since he was always moving, he had trouble maintaining friendships and learning. After relocating again after his freshman year of high school, Maguire dropped out. He decided to pursue a career in acting by obtaining his GED. He was ready to begin the next chapter of his life.

The 1989 movie, The Wizard, was where Maguire found his first role in a feature film. He didn’t have any lines, but it was a step in the right direction for his career. He continued acting into the ‘90s, often playing characters younger than himself. He also took part in many commercials and TV shows during the time, trying to put himself out into the acting business. He even worked opposite famous actors at times, including Chuck Norris and Leonardo DiCaprio.

Maguire’s first role as the lead character was in the FOX TV series Great Scott! However the show was ended only five weeks after its release.

By the mid-90’s, he had been featured in many different shows and movies, and the small fame he had was getting to him. He had a self-described “addictive and compulsive nature”, so it was easy for him to sway off onto the wrong track. He started to party hard with some of his other fellow young actors, and it was taking its toll on his acting career. He soon sought out help for his alcohol problem, and joined the Alcohol Anonymous program. It helped him tremendously, as he has remained sober to this day.

Shortly after, he finally gained a lead part. It was in the 1997 movie, The Ice Storm, where Maguire was cast to play the part of Paul Hood, the narrator and main character of the film. This led to more opportunities as the lead character, as he soon gained roles in Pleasantville, The Cider House Rules, and Wonder Boys. 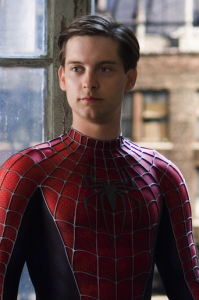 Then in 2002, Maguire landed the role of Spider-Man in the new film of the same name, and became an instant celebrity. Before he had been just another actor, now he was someone the paparazzi couldn’t get enough of. Remarkably, he never returned to alcohol during this stressful and rapid transition. His ceiling had risen from successful actor to a household name, a worldwide star.

His performance as Spider-Man was lauded by critics. Mark Caro of the Chicago Tribune wrote that “with his big, round, soulful eyes, Maguire always has been able to convey a sense of wonder, and his instinct for understatement also serves him well here.” Maguire was finally where he envisioned himself all throughout his life. He had made it.

After thrusting him into the spotlight, it was Spider-Man who brought Maguire’s career to an unexpected halt. After the fourth Spider-Man film was cancelled, Sony decided to reboot the whole franchise. They wanted to go younger, with a high school Peter Parker instead of Maguire’s older one, and they cast the much younger Andrew Garfield as the next web slinger.

He found a small amount of fame again when he joined the 2007 World Series of Poker. After it was rumored that Maguire had been playing tournament poker since 2004 and had been trained by professional Daniel Negreanu, he decided to show what he could do. He survived the first three days of the 2007 World Series, and after being eliminated on the fourth, he had won over $39,000 in prize money.

Since then, Maguire has found roles in a few other movies, but none as big as before. He reunited with Leonardo DiCaprio in the remake, The Great Gatsby; however he has failed to come close to his past glory. The closest he came was when he starred alongside Jake Gyllenhaal and Natalie Portman in the highly successful war drama, Brothers. He received critical acclaim for his acting performance, and he was even nominated for a Golden Globe award. Maguire said of the nomination, “I had no expectations about getting a nomination, but I was watching nonetheless. My wife and my son got really excited. I was sort of surprised – I was like, ‘Oh wow.’ And I couldn’t hear the latter part of my name [through the applause].”

While critics were raving over his latest performance, the majority of people had forgotten about him. While Brothers was a success, it wasn’t the global hit that took the world by storm that Spider-Man was. Maguire had somehow, while not messing up in his personal life or losing a step in his acting abilities, fallen from grace.

It is reminiscent of the story of Hayden Christianson. Hayden was a promising young actor, who after starring in a few movies, landed a huge role. That role was to play Anakin Skywalker in the then-new Star Wars Episode II: Attack of the Clones. He also reprised his role in the following movie in the series, Star Wars Episode III: Revenge of the Sith. He became globally famous, yet he couldn’t find many roles after starring in such iconic films. He starred in the 2008 film, Jumper, and that was the last time his name was heard. He climbed Mount Everest, and then he fell off. This is just like Tobey Maguire in the sense that he played such a prominent, iconic role, yet he couldn’t capitalize on it. For reasons unknown, he fell into obsolesce. 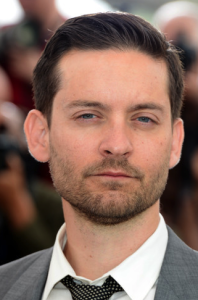 Maguire is attempting to rejuvenate his career and fame by producing many upcoming films. He has been a producer since 2002, and this is likely where his career has headed. His company will be producing an adaptation of the book Tokyo Suckerpunch, written by Isaac Adamson. Maguire will also star in this movie, in the role of American reporter Billy Chaka. Other prominent actors like Anne Hathaway are confirmed for this upcoming film. This looks like a great chance for Maguire to reclaim his fame.

He is also continuing his career as a producer, something he has done since 2002. As of now, he is slated to produce the upcoming science fiction film, Afterburn, and is in talks for another upcoming movie, Relativity, a film about people who hunt for treasure on a post-apocalyptic Earth, searching for artifacts from the now extinct human civilization.

Perhaps Maguire can turn these projects into hits, and reclaim his throne as an icon. Until then, we can only wait and see if his narrative picks up where it left off, or if he is the next Hayden Christianson, slowly fading away.