What is Alicia Silverstone Doing Now? What Happened to Her? 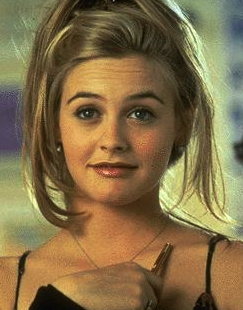 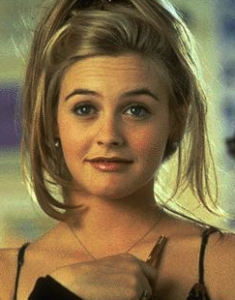 You might be forgiven for not knowing who Alicia Silverstone is in 2015, but twenty years ago you would have been accused of living under a rock. Alicia was the it-girl of the 90s — a huge teen star who got her first break at age 15, by age 18 was world famous, and by age 21 had signed a $10-million deal with a production company. Recently, she’s starred in Jungle Shuffle, Angels in Stardust, HR, Gods Behaving Badly, and Ass Backwards. Never heard of them? Yeah… us neither. So what happened?

Alicia got her start when she was 15 on an episode of The Wonder Years in 1992. This little role led to something slightly bigger, and she was asked to star in a film called The Crush, in which a devilish teenage girl sets out to ruin the life of an older man who turns down her advances. The Crush turned out to be a success, and Alicia went on to win two awards at the 1994 MTV Movie Awards (“Best Breakthrough Performance” and “Best Villian”). These accolades in turn brought her to the attention of Aerosmith’s managers, who cast her as the “Teenage Girl” in their video for “Cryin’.” “Cryin’” was an enormous hit — some reports indicate that Aerosmith’s annual sales tripled from the year before on the strength of the video — and Aerosmith quickly set out to make two more videos with Alicia. Three smash music videos later (“Cryin’,” “Amazing,” and “Crazy”) and she was officially known as the Aerosmith Girl. Not for long, however — these videos caught the eye of Amy Heckerling, who brought Alicia on-board for Clueless.

Everyone has seen Clueless, and it was an undeniably gigantic hit when it came out — topping box office sales in the summer with critical attention to match. The success of Clueless, combined with The Crush, which came out a year earlier, catapulted Alicia to the forefront of the public eye. Between 1992 and 1997 Alicia worked on twelve films or TV series, including (besides Clueless and The Crush) Hideaway, Le nouveau monde, The Babysitter, Batman & Robin, and Excess Baggage. Alicia did nine of these twelve films in a two years span. 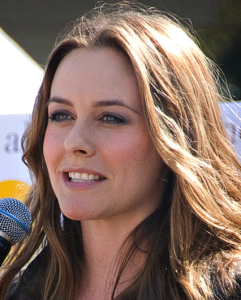 With such a crazy work ethic, and with so much popularity behind her, how did she fall off? In 1995 she was on the cover of Rolling Stone, she signed a $10-million deal with Columbia, and won the “Best Female Performance” and “Most Desirable Female” award at the MTV Awards. It seems as if some less-than-wise role choices contributed to her slow fade from the spotlight — Scooby Doo 2: Monsters Unleashed and a Barber Shop spinoff called Beauty Shop sure weren’t popular like Clueless was.

Since 1998, Alicia has also dedicated part of her life to activism, which slowly took over her priorities. After attending an animal rights rally, she became a vegan, and was voted “Sexiest Female Vegetarian” by PETA in 2004. She even went on to appear fully nude in a PSA video for PETA. In 2009, she started a website called The Kind Life, a guide to vegan nutrition, and has released two books on the same subject: The Kind Diet and The Kind Mama, both of which were New York Times best-sellers. 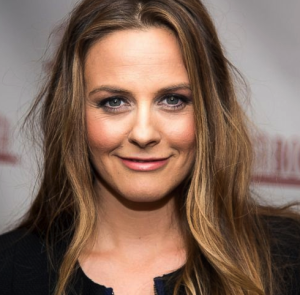 In 2005, Alicia married her longtime partner Christopher Jarecki, who was the lead singer for S.T.U.N. The couple share a passion for veganism, activism, and rescue dogs — they have four dogs, all of whom sleep in their bed with them. In 2012 she was in the news for a video that showed her feeding pre-chewed food to her son, Bear Blu.

So, all in all, it seems as if Alicia is still just as busy as ever, but out of the spotlight. She’s clearly foundsomething that she loves, so keep at it, Alicia!

As of 2017 it looks like Alicia Silverstone is getting pretty active in hollywood once again.  As of the end of 2016 she’s currently filming or finished filming 5 different movies which are going to be released over the next year.  The biggest of which looks to be the latest entry into the Diary of a Wimpy Kid series which she is starring in as Susan Heffley.