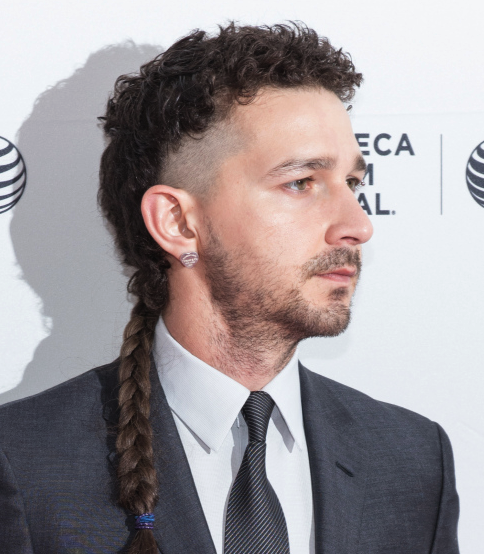 Shia LaBeouf, the young star of the Transformers franchise, starred in $3 billion dollars’ worth of box office blockbusters before he was even 25 years old. Yet the former child star with the fun name has had a career plagued with legal problems, substance abuse, and all other manner of oddities. Even as the young star has become less visible in terms of his film work, he still maintains a very active, and sometimes shocking, media presence. What is Shia LaBeouf’s story? 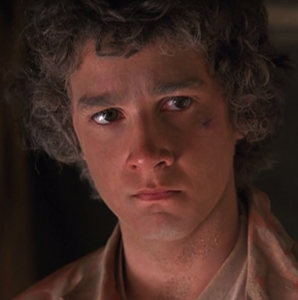 Unlike many Hollywood types, Shia LaBeouf’s family struggled financially throughout much of his childhood. Despite his neighborhood being rife with crime and destitution, LaBeouf found a way to attend a performing arts school from a young age. Working as a stand-up comedian before he was ten, he served as his own manager, and found an agent in the yellow pages. As a child actor, LaBeouf took parts in made-for-TV movies and one shot roles on quasi-popular shows like Caroline in the City, Suddenly Susan, ER, The X-Files, Freaks and Geeks, and Touched by an Angel. His big break came in 2000 with a starring role on the Disney original series Even Stevens. LaBeouf played the wild, prank-playing, little brother to Christy Carlson Romano’s straight-laced overachiever. The Odd Couple reminiscent show became massively popular and ran for several years. During the program’s final year, LaBeouf won an Emmy for his performance. The show would continue to air in syndication for many years, but LaBeouf moved on to bigger and better things.

In 2003, LaBeouf found his first starring film role in Disney’s Holes, based on a story from the author of the Wayside School series of children’s books. Appearing alongside Sigourney Weaver, Jon Voight, and Henry Winkler, LaBeouf played Stanley Yelnats, a boy falsely convicted of shoplifting who is sent to a remote juvenile detention facility as punishment. There, the inmates are forced to work digging holes for the corrupt warden and her staff, who are secretly searching for a long-lost buried treasure. The film was wildly successful with kids and families, and it catapulted LaBeouf further into the public eye before his 18th birthday. LaBeouf would then take up supporting roles in a handful of major films: I, Robot, with Will Smith, Constantine, with Keanu Reeves, and A Guide to Recognizing Your Saints, with Robert Downey Jr. 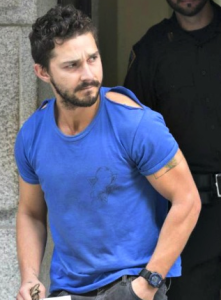 LaBeouf came into his own as a film lead in 2007’s Disturbia, a dark suburban mystery. In Disturbia, LaBeouf played a temperamental high school student sentenced to house arrest after assaulting a cruel teacher at his school. Cribbing heavily from the Hitchcock classic, Rear Window, LaBeouf’s character begins spying on the neighborhood only to seemingly discover a serial killer living next door. The film was a financial success and also swept the Teen Choice Awards that year, with LaBeouf’s performance praised in particular. After voicing a character in the animated film, Surf’s Up, LaBeouf would go on to his most famous role in the Transformers franchise.

Michael Bay’s Transformer series took the old toy line of cartoon fame and transformed them into big budget, computer-generated, live-action robots. LaBeouf starred as Sam Witwicky, a teenage boy who is, at first, the only human that the Autobots (the good guys) can trust in their war against the Decepticons (not so good guys). The Autobots and Decepticons are robots from a distant planet blessed with the ability to change shape, and, in the hands of Bay and LaBeouf, they made blockbuster entertainment. The four Transformers films have grossed almost $4 billion dollars total, and more films are planned. LaBeouf starred in the first three Transformers movies, but his Autobot-loving character was not even mentioned in the fourth, Age of Extinction. When the Age of Extinction star, Mark Wahlberg, was asked what happened to Sam Witwicky, the star joked that Sam was killed off-screen by a tornado. Unfortunately, the truth is much darker.

For many years now, Shia LaBeouf has struggled with the whirlwind of drugs, criminality, and his own inner demons. In 2005, LaBeouf was involved in a road rage incident resulting in a charge of “Assault with a Deadly Weapon.” The actor was able to avoid prison time for the charge. LaBeouf was then found wandering around a Walgreens in Chicago in 2007, creating undisclosed problems for the store’s employees. After refusing to leave, LaBeouf was again arrested. The next year, Shia LaBeouf was involved in an additional car-related incident, this one resulting in a DUI charge and a severe injury to LaBeouf’s hand. Since then the young star has been in a series of incidents involving strange, disorderly conduct in public places, including a disturbing public incident at Studio 54 during a performance of the music Cabaret. After the incident, Shia LaBeouf announced that he would begin receiving treatment for addiction, in an attempt to salvage his life. 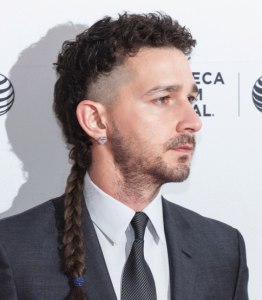 In recent years, LaBeouf has had made a few films, but he has also branched out into other kinds of art. LaBeouf starred in the Virginia-based Western film Lawless in 2012, which achieved a small measure of success. He also appeared alongside veteran actor Brad Pitt in the World War II tank epic, Fury, although he was reportedly difficult to work with on set. LaBeouf has also appeared in number of music videos, written graphic novels (which contained allegedly plagiarized material), given lectures on an art trend he calls “Metamodernism,” and participated in a number of performance art exhibits.

Some of these performance art pieces, while strange, have brought LaBeouf back to the front of public consciousness. In one such exhibit, LaBeouf invited audience members to do anything that they wanted to him while he sat motionless in a tuxedo with a paper bag on his head, sobbing. In another, LaBeouf filmed himself screaming pseudo-encouraging words at the camera in front of a green screen while tearing apart an imaginary pastry with his hands.

Of all of LaBeouf’s radical public appearances, perhaps the most fun came in a music video by Rob Cantor. In 2012, Cantor wrote a comedy song, “Actual Cannibal Shia LaBeouf,” in which he described a feral, bloodthirsty LaBeouf hunting, partially eating, and fighting the song’s narrator to the death. While Cantor maintains that he picked on LaBeouf more for his silly name than anything else, one can’t help but imagine that LaBeouf’s wild and unpredictable nature played into the song’s popularity, at the very least. LaBeouf appears to be in on the joke, however. In 2014 Cantor posted a youtube video of a live performance of the song complete with modern dancers, actors wearing papier-mâché LaBeouf heads, ribbon dancers, acrobats, a children’s choir, and a gay men’s chorus. At the end of the video, the camera pans around to reveal a vast empty theater occupied by only one person: Shia LaBeouf himself, clapping furiously with a vacant, terrifying expression on his face.