Yemen: Talks Break Down Between Exiled Government and Rebels 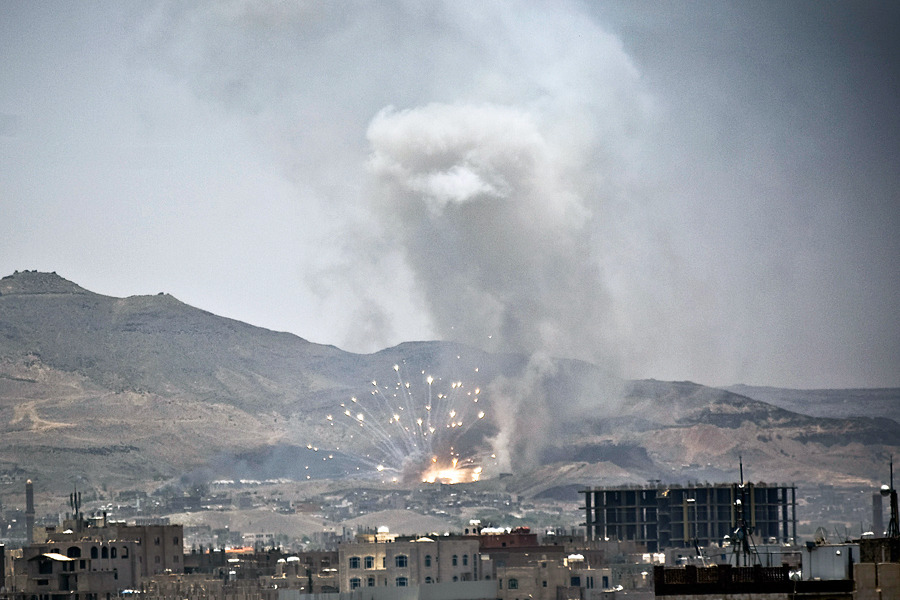 Yemen’s exiled government and Shiite rebels could not come up with an agreement to end the conflict that has left more than 1,000 dead and many more displaced since it begun three months ago.

The end of the talks came as Saudi-led airstrikes continued to take target on the rebels from Iran, known as Houthis, and their allies. The blasts left at least ten civilians dead, witnesses said. The United Nations called for $1.6 billion to help the population of Yemen.

United Nations representative Ismail Ould Cheikh Ahmed, who was part of the talks in Geneva, told reporters that the two sides wanted a cease-fire that would make the rebels leave the cities and towns taken a few months back and halt to the airstrikes. “We didn’t reach a final agreement. We have to be clear and transparent,” he said, adding that a deal “will require further consultation.”

“I come out with a certain degree of optimism,” he added. “It’s a matter of time.”

The deadly clashes in Yemen pit the allied troops supporting former President Ali Abdullah Saleh and Houthis against southern separatists, militias, Sunni Islamic militants and supporters of President Abed Rabbo Mansour Hadi, who is now in Saudi Arabia. The rebels took many cities and towns a few months back, including the capital Sanna.

Iran is with the rebels, known as Houthis, but the nation denies giving them weapons. The United States supports the Saudi-led coalition, which began launching airstrikes against the rebels and allies three months ago.

The exiled government has asked the U.N for a resolution to force the rebels to leave the cities and towns taken since their offensive.

The Houthis wanted a temporary cease-fire, but the government said no, saying the rebels used the first cease-fire to grab more land. Mediators wanted the two to agree to a deal but nothing happened. 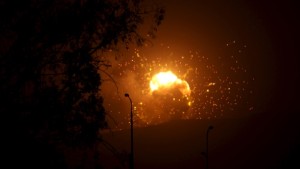 Ould Cheikh Ahmed said the Houthis were willing to agree to the resolution in a proposal presented to him yesterday. They were also working on a second proposal that would allow civilian observers to be deployed in areas were the cease-fires are supposed to take place. “There is no doubt that there is ground for reaching a cease-fire accompanied by withdrawal. What is important is that we all remember that there is a miserable humanitarian situation in Yemen,” he said.

No Date For Second Talks

U.N. spokesman Stephane Dujarric said there is no date set for other talks. “We’re taking this day-by-day, step-by-step,” Dujarric told reporters at U.N. headquarters in New York. He said Ould Cheikh Ahmed would return to New York to brief the Security Council before likely going on another trip to seek more support from those monitoring the situation.

Yemen’s Foreign Minister Riad Yassin had earlier told the Al-Jazeera network that international partners are “frustrated,” and said the Houthis would be the ones to blame if talks broke down.

Earlier today, airstrikes targeted the capital, and the southern city of Aden and the provinces of Lahj and Jouf, officials and witnesses said. Ten civilians lost their lives in airstrikes launched at Saada, witnesses said.

U.N. Under-Secretary-General for Humanitarian Affairs Stephen O’Brien meanwhile warned of a “looming humanitarian catastrophe,” with almost 12 million people affected in the country. He asked for countries to contribute with part of the $1.6 billion needed for the aid. “People across the country are struggling to feed their families. Basic services are collapsing in all regions. Millions of families no longer have access to clean water, proper sanitation or basic health care. Deadly diseases such as dengue and malaria have broken out, and supplies for acute trauma care are running dangerously low,” he said in Geneva.