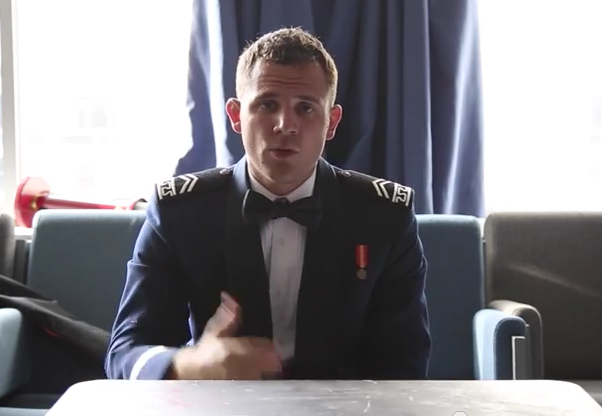 The video has already attracted over 100,000 views on Youtube seems to only be getting started. The 23-year-old Cadet was sure to get the video out early enough to give Taylor a change to plan around her ever busy schedule as the dance isn’t until 2016. The annual dance is a time honored tradition at the Air Force Academy where upcoming seniors receive their class rings.

Brett Hagen mentions in the video that it cost “about half his paycheck” to make this video so lets hope he gets the attention of Taylor Swift.  As of now he hasn’t gotten any word from Taylor or a member of her team however with enough traction I’m sure it’s only a matter of time before it catches her attention.

That said please share this video with your friends and family so we can help out this cadet who has dedicated his life to helping others.