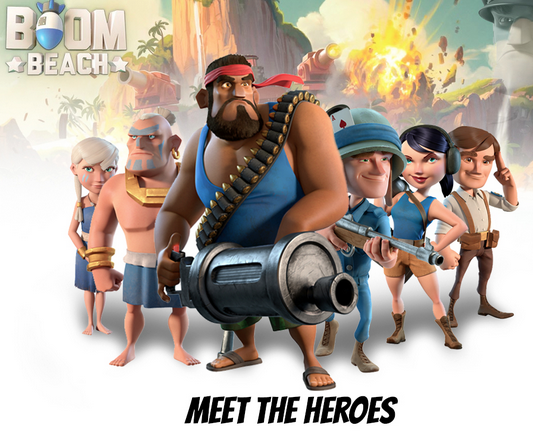 If you’re looking for tips for Boom Beach, you’ve definitely come to the right place! Check out these ten tips we’ve come up with to help improve your skill in 2017.

When you’re getting ready to quit for the day, ensure you have upgrades going during offline time and your island is heavily reinforced and protected. 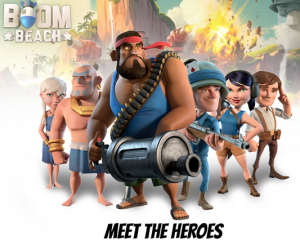 You’ll notice quickly that some buildings can take longer than  others and you can only build so many things at a time depending on how many builders you have in your employ, so you must be very careful in deciding the order of which you want to upgrade certain buildings on your island. I advise going for the buildings that take the least amount of time at first, especially whilst you’re actually in game. f you know it’s coming to the time where you’ll probably be quitting the game for the day, or for a few hours at least, I would advise setting a builder to work on a longer upgrade during this offline period of time. If you have notifications enabled, you’ll get a notification telling you when your builder has finished construction on your upgrade or building, this in turn will make you less likely to want to spend your premium currency on rushing any construction times.

Concentrate on upgrading your saw mills as quickly as you can.

Pretty much everything that you end up making or building in this game is going to require a substantial amount of wood to complete, you’ll later be introduced to reinforcing with  iron and stone when you get further into the game, but initially, wood will be your best friend and you most needed material, if you find yourself completely out, there isn’t much you can do until your stores have been replenished. So as you can see, it’s pretty important you get your saw mill upgraded as quickly as you can. When you notice that you have to resources to upgrade, immediately do so. You’ll thank me when you have the wood to do everything you need to do.

Once you’ve made friends with good old trusty wood, you’ll be introduced to its other pals, Stone and Iron.

Once you’ve gotten used to the whole system of building and using wood as an important resource, you’ll be

introduced to two other important materials – stone and iron. These two materials can come in handy to you if you decide to upgrade, reinforce or even build new structures. Stone and Iron are easy enough to get your hands on, especially considering that they are given as rewards for winning battles. Both materials are incredibly important an you won’t really use them often, but I would still advise you always keep at least a little of both on hand as you never know when you will need them, anything you do save will likely be enough for the project in mind.

Be smart, scout out areas ahead of any battles.

When you’re about to venture out and attack a brand new island, always make sure you check it out before the actual battle first. The cost is zero and it’ll also give you an idea of exactly what you’re up against and how many troops you should take with you to get through the fight without fear of completely wiping out. By doing this, you avoid sending in any expensive troops that you really don’t need to and only taking with you exactly what you need to win the battle and take the spoils.

When attacking, make sure you try to destroy the base as quickly as you can.

This goes with the previous tip; once you’ve successfully scouted out the area and you are prepared for the upcoming fight with your readily prepared plan of attack, take another quick look at the area before you deploy your troops. If you can see a way around the guns and towers, take that route, getting to the base as quickly as you can without taking any casualties is the goal in these fights.

Early on in the game when you don’t have access to many resources, remember, trees can be used as lumber. 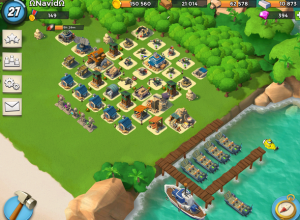 When you’re first starting out in this game, you’ll notice that lumber is pretty hard to come by, yet it is very much needed, sure, you can trade your coins for lumber, but don’t forget about the trees available to be chopped! You won’t be able to cut down all of the trees in your area but you’ll probably still amass a small collection of lumber that should be enough to get you on your feet and get started with your first few building projects in the game, once you begin to progress a little further, you’ll find that wood is a whole lot easier to come by.

Make sure you build as many homes for your island dwellers as you can!

These home can genuinely become gold mines very quickly in this game, providing you collect your money up regularly, you should always have a steady flow of cash, just make sure you’ve built enough of these homes to provide you with the cash you need for your building projects. Coins in this game are needed for all sorts of things such as sailing to other islands to attack, for new buildings and even for employing more troops to fight for you, so really as you can see, it’s imperative that you collect up as much gold as you can!

The most needed commodity in this game is a little patience.

You’ll notice after playing this game that really a lot of your time in the game is spent on waiting for various tasks to complete and you may get a little impatient and want to rush the tasks with diamonds, but really, this is the one thing you want to completely avoid doing in this game. As is the same in all freemium games, you’ll have a few diamonds tossed at you for free at the start of the game and you will probably get the strong urge to spend them on awesome stuff, but really these need to be saved. If you’re the type that gets bored with waiting quickly, maybe this game isn’t for you, either that or you need a lesson in how to sufficiently kill time, a skill that the majority of high schoolers have down. If you really must rush a task, wait until at least half of the time has passed as the diamond cost for rushing tasks will go down as the time until completion lowers.

Make sure that you are regularly upgrading your radar.

In this game, you’re able to do battle against islands that are within your radar, but you’ll notice that there are only initially a few islands reachable for you to even attack, which is why you ought to build the radar as early on in the game as you can and progressively work on upgrading it so that there are more options available to you when it comes to fighting on other islands. Even if you still have quite a few islands left to conquer until you need to upgrade your radar, if you have the materials to upgrade, I suggest doing it as quickly as possible.

When you fulfill certain tasks, you get rewards.

As you already know, there aren’t really a whole lot of ways of making diamonds in this game, but one of the very few ways is by completing tasks for achievement awards. Pay attention to what specifics are needed to complete these tasks, most of them are easy enough and can be done just through general play, but some things are a little more specific and require effort on your part. These tasks are definitely worth the effort though, especially considering that some of the rewards can offer twenty plus diamonds!