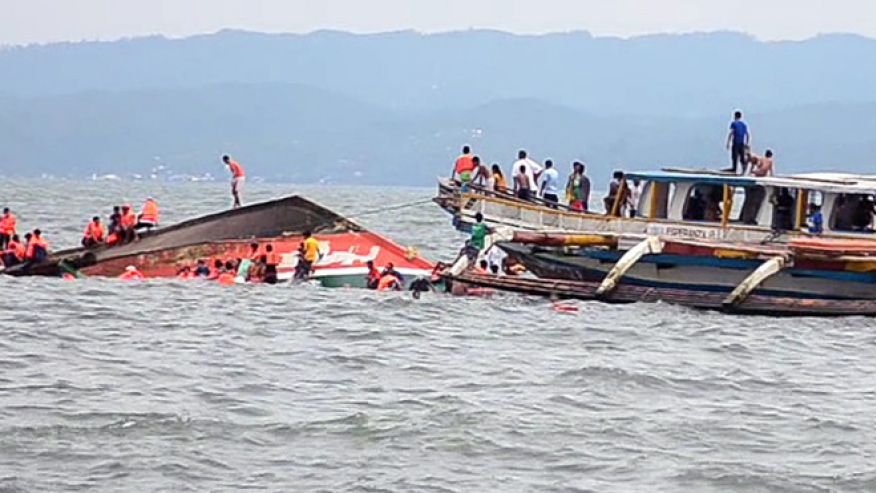 The death toll following the capsize of a ferry in the central Philippines has risen to 51 on Friday after rescuers recovered three more bodies, but as a result of weather conditions hampering search efforts, the coast guard and police said that several people are still missing.

The ferry, a motorized wooden-hulled MBCA Kim-Nirvana that was carrying 187 passengers and crew members, rolled onto its side and overturned minutes after leaving the port of Ormoc City on Thursday. 141 survived the tragedy.

Search and rescue operations were conducted throughout the night, with coast guard personnel reinforced by a Philippine Navy ship and two air force planes. Coast guard spokesman Armand Balilo said a marine casualty investigation into the cause of the sinking will begin on Friday.

Survivors told news agency Reuters that the ferry turned sharply to the right and was hit by a large wave before completely turning over after leaving port in Leyte province.

Rhe-An Garciano, a survivor, said they “were given life vests” but “were not able to wear them before the ferry sank.”

In a panic, passengers rushed and crowded towards the right side of the ferry, causing it to tilt slowly before capsizing, Balilo said.

“The ferry was carrying cement and rice, but it didn’t appear to be overloaded,” he added.

Hundreds of people die each year from ferry accidents in the Philippines, an archipelago of more than 7,000 islands with a notoriously poor record of maritime safety. Regulations on passenger ferries are rarely enforced, with overcrowding being a recurring problem. Many of the vessels are also in poor condition and are seldom repaired.